How did Saweetie get famous? all you need to know about the rapper 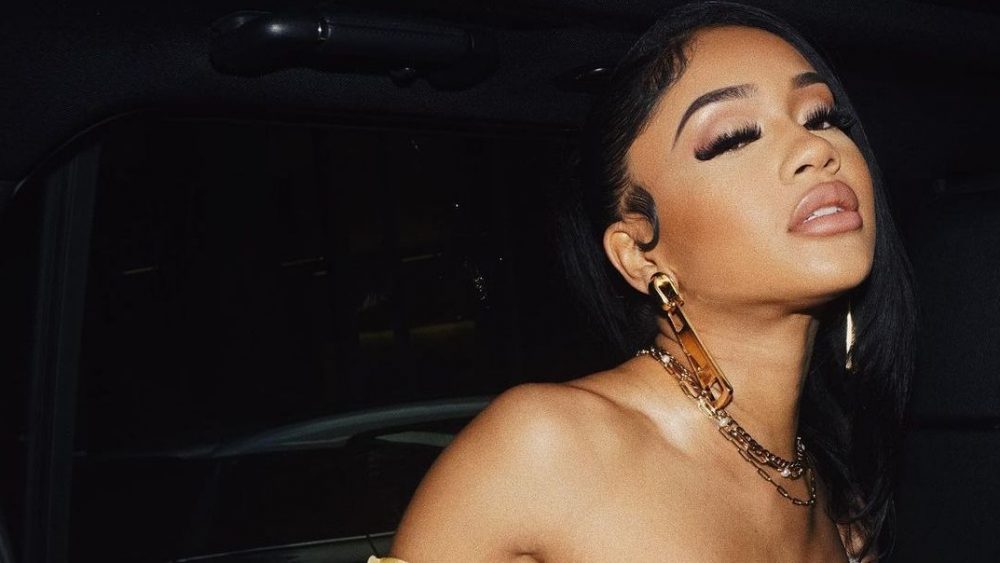 Saweetie (born Diamante Quiava Valentin Harper) is an American rapper who rose to fame for her catchy debut single Icy Grl. The California native capitalized on the single’s success by following it up with her first EP, High Maintenance. Saweetie’s next EP, 2019’S Icy, spawned one of her biggest hits, My Type.

My Type represented Saweetie’s first foray into the Billboard 100 chart. The song peaked at number 21 on the chart and went on to earn double platinum certification. Saweetie is currently working on her debut album, Pretty Bitch Music, due to be released sometime in 2020. 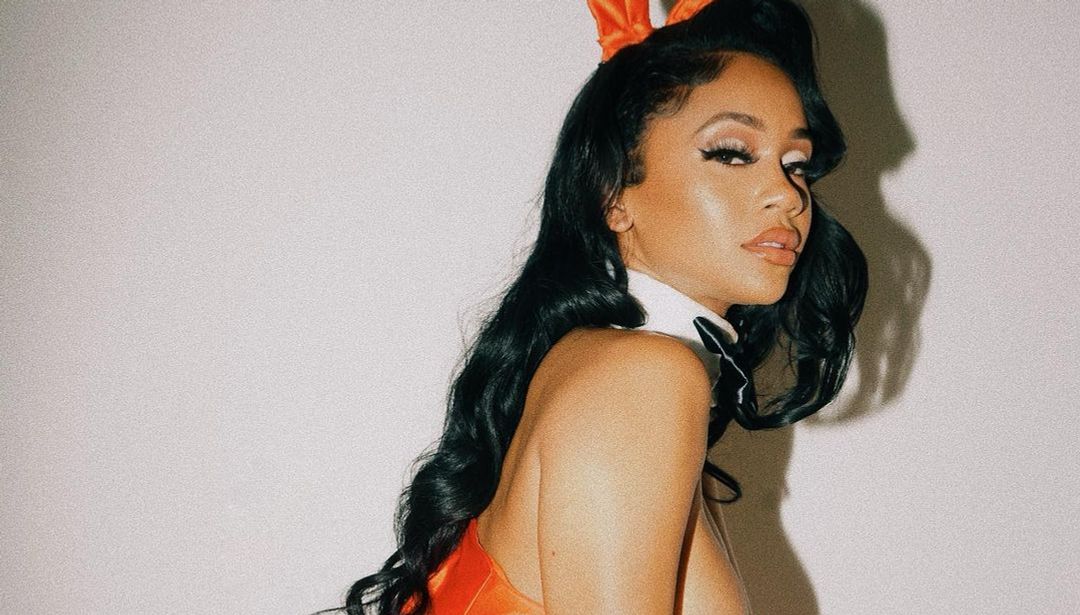 Saweetie was born on 2nd July 1994 in Santa Clara, California. She started making music at the age of 13, and after high school, she initially opted out of college to focus on music. However, she changed her mind and joined the University of California to study communications and business. Saweetie earned her degree in 2016, and immediately after immersed herself in music.

The My Type hit-maker soon started to struggle as she failed to earn enough money from music. She marketed herself by posting short rap videos on Instagram. Saweetie told the Los Angeles Times that she was at her lowest point when she made Icy Grl:

“I had $40 to my name. I was disgusted with myself. I went from being a hustler, working different jobs to renting rooms off Craigslist, and I just wasn’t happy.”

Luckily, Icy Girl became the huge hit that would propel Saweetie to instant fame. Saweetie could have asked for help from her famous relatives, but she chose to stick it out on her own. Saweetie’s relatives include her cousin and famous actor Gabrielle Union, her Super Bowl-winning grandfather Willie Harper, and her super-producer cousin Zaytoven. Saweetie told Desus & Mero that they offered to help, but she refused to accept:

“I believe in being self-made and trying to figure things out on my own. I appreciated that they reached out and was like, ‘We see what you are doing. Our friends keep talking about you. We see you and if you need our help, please let us know.’ So I appreciate the support, but for me, like, I’ve always been self-motivated.” 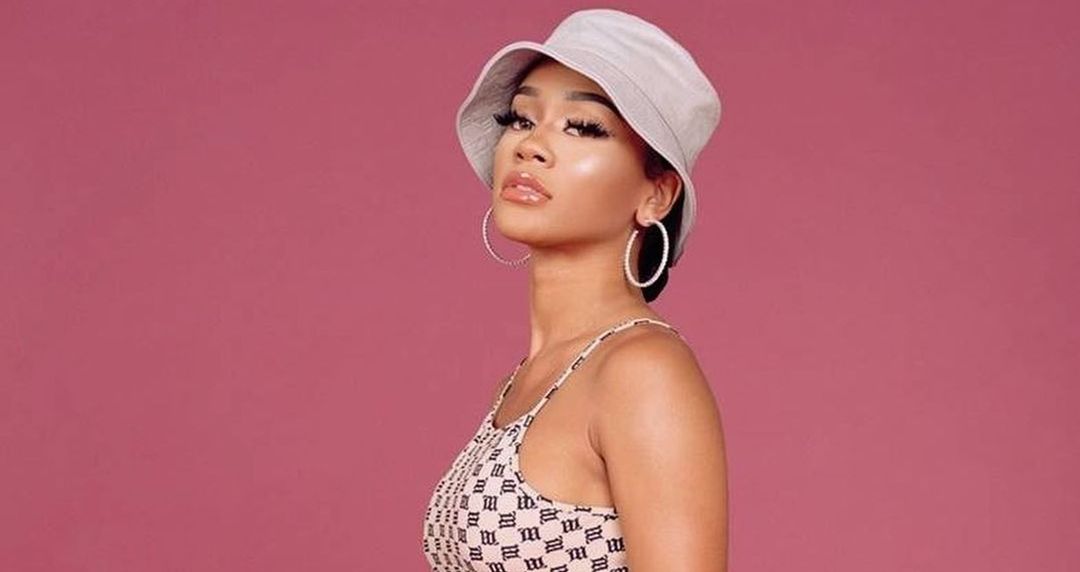 Saweetie’s instant burst onto the limelight had its upsides as well as its downsides. She had only been in the music industry for two years and was yet to learn a lot about making music. Saweetie faced a lot of pressure to keep making hits as fans compared her seasoned rappers in the game. To make matters worse, she had a speech problem that she had to work through. She said:

“I had a lot of weaknesses when it came to rapping. For one, I had to learn how to record, I had to learn how to execute. I am a very chill personality, but as a rapper, you need that extra energy, and a lot of people don’t know this, but I have a speech problem, so sometimes it’s really hard for me to say certain words. I’ve had to work through these things to perfect myself.”

Saweetie embraced the challenge put out to her, and despite the negativity leveled against her on social media, she became the megastar that she is today. The Tap in rapper is currently tailoring her music to motivate anyone who might be struggling as she was in her early days as a rapper. She told Read Dork that making music is not just about achieving fame or fortune: 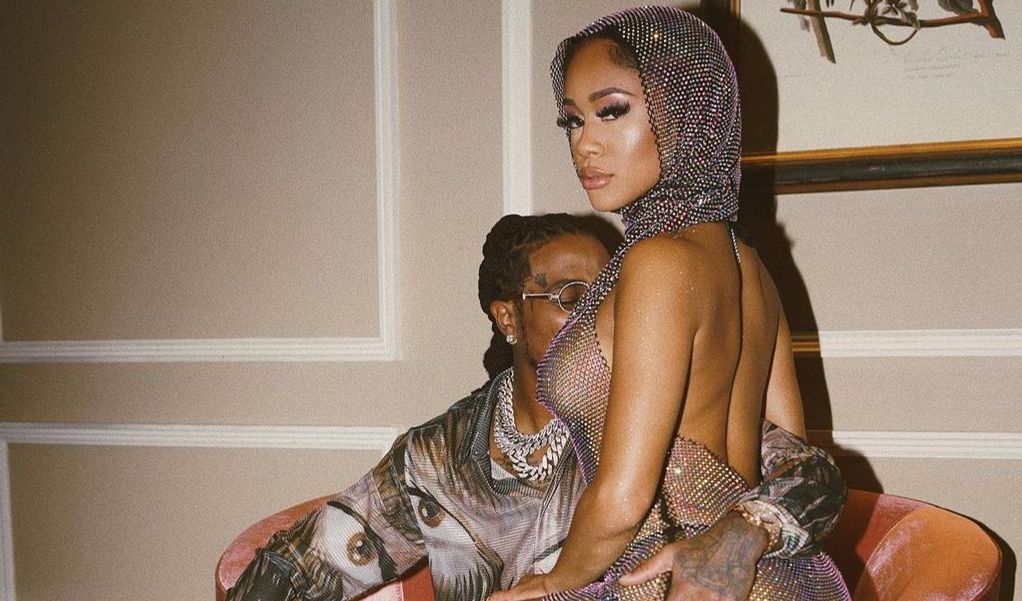 “Dating is very dry for me right now, only because I work a lot,” Saweetie told Madame Noire in April 2018. The rapper’s relationship situation changed several months later when rapper Quavo sent her a direct message via Instagram. The couple relationship quickly grew from flirty texts online to hours-long conversations on the phone.

After several months, Quavo invited Saweetie to a function in Los Angeles. The event turned rowdy, tarnishing the couple’s first meeting. Saweetie ghosted him for a while after that. “I was trying to play hard to get,” she told GQ. However, she eventually came around and accepted to go out on a date with Quavo in Atlanta.

Quavo and Saweetie’s first stop at the Stoney River steak house nearly ended in calamity as Quavo almost choked to death on a crab cake. He then took Saweetie to Quality Control Music to give her a tour of his studio. The date ended at the legendary strip club, Magic City. All was well until a fight broke out, and Quavo forgot that he had a date in tow. Quavo told GQ that Saweetie was incensed:

“I didn’t know if it was on some gang shit, so it was like, ‘Let’s get to the car!’ All this time, I forget I’m having a date! She catches up and cussed me out in front of Magic City.”

Saweetie and Quavo have been going strong ever since that night in Atlanta.