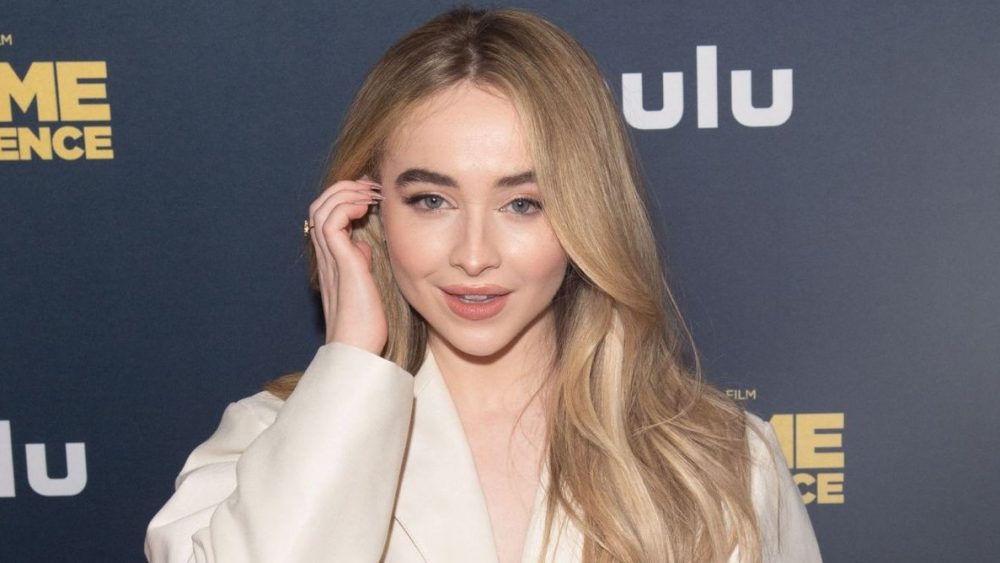 Sabrina Carpenter is an American singer and actress who made her on-screen debut in an episode of Law & Order: Special Victims Unit. She became a global star after landing the role of Maya Hart in Disney’s Girl Meets World. She also had a recurring role as Princess Vivian in Sofia the First.

Like several Disney stars before her, Sabrina ventured into music shortly after achieving fame. She launched her debut EP and single in 2014. A year later, she released her first album, Eyes Wide Open. Her fourth studio album, Singular: Act II, was released on 19th July 2019. In an August 2019 interview with Refinery29, Carpenter stated, “I’ve been secretly married for eight years, nobody knows. I have a kid.”

The statement, though false, reignited interest in her love life. This piece will breakdown Sabrina’s rumored and confirmed relationships. 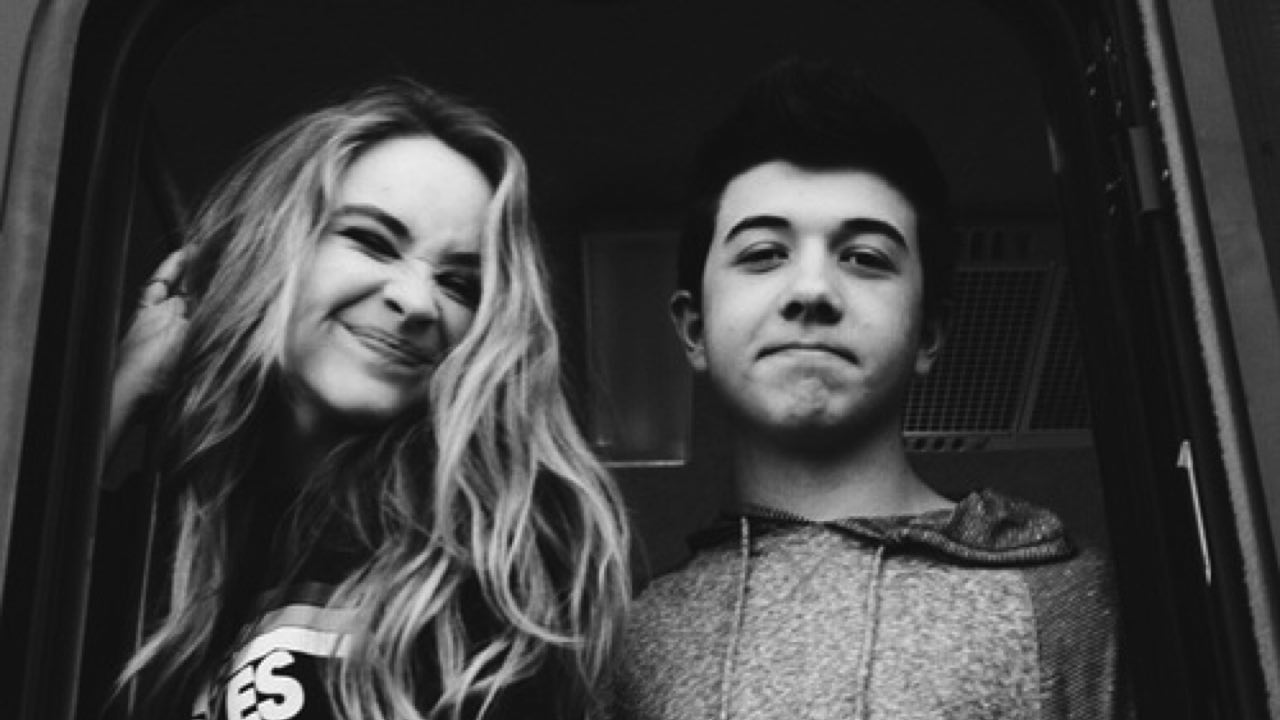 Fans suspected that Bradley and Sabrina were dating in mid-2014. Sabrina and Bradley confirmed the relationship a year later in May 2015. Sabrina talked to J-14 about the super-sweet way that Bradley asked her to be his girlfriend. She said:

“[It was a] really unique way to ask someone out. [It was] like the pirate movies, like they do the little bottles and they put notes in them and send them across the ocean, like one of those, and [he] put a note inside. It was cute… It was very sweet. I think he knew I was going to say yes anyway.”

Unfortunately, Bradley and Sabrina’s relationship didn’t last long after that. In December 2015, the couple went their separate ways. 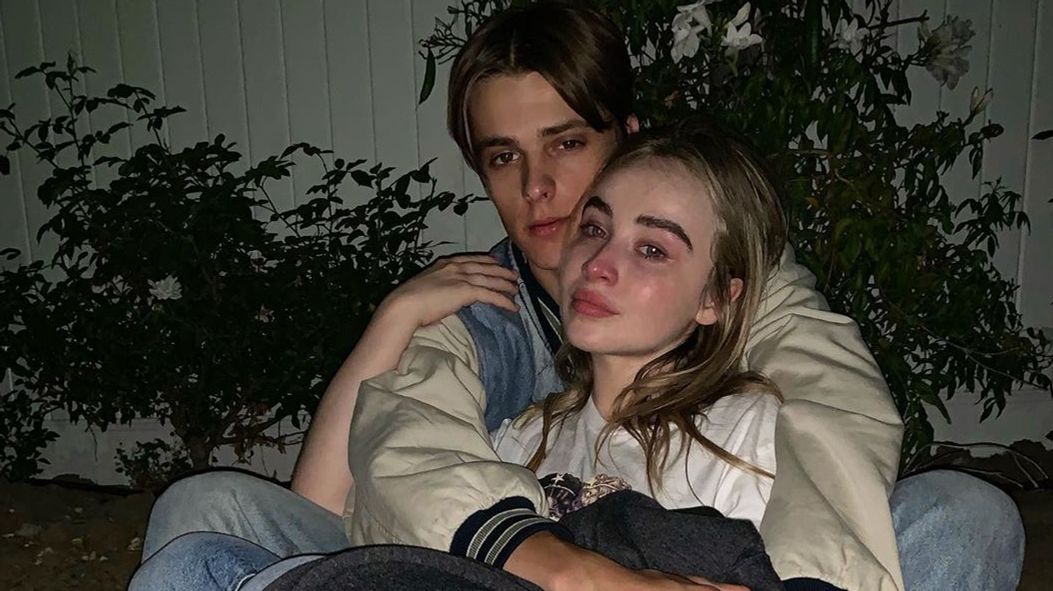 Just as news began to circulate that Sabrina and Bradley had broken up, Sabrina posted a video in which Corey confessed that he loved her. Corey said:

“This morning I realized that I love you… we’ve finally got to that place where I could open up to you.”

At the time, Sabrina and Corey were working on the stage play Peter Pan and Tinker Bell – A Pirates Christmas at Pasadena Playhouse. It was reported that they’d grown together while working on the play, and the video confirmed it. Fans shipped the couple, but Sabrina later confirmed that her relationship with Corey was purely platonic. She wished him a happy birthday in an August 2018 Instagram post and attached the caption:

“You’re a great friend and I’m honored to know you, and not date you. Thanks for being there for me and not dating me. Love us so much. Platonically.” 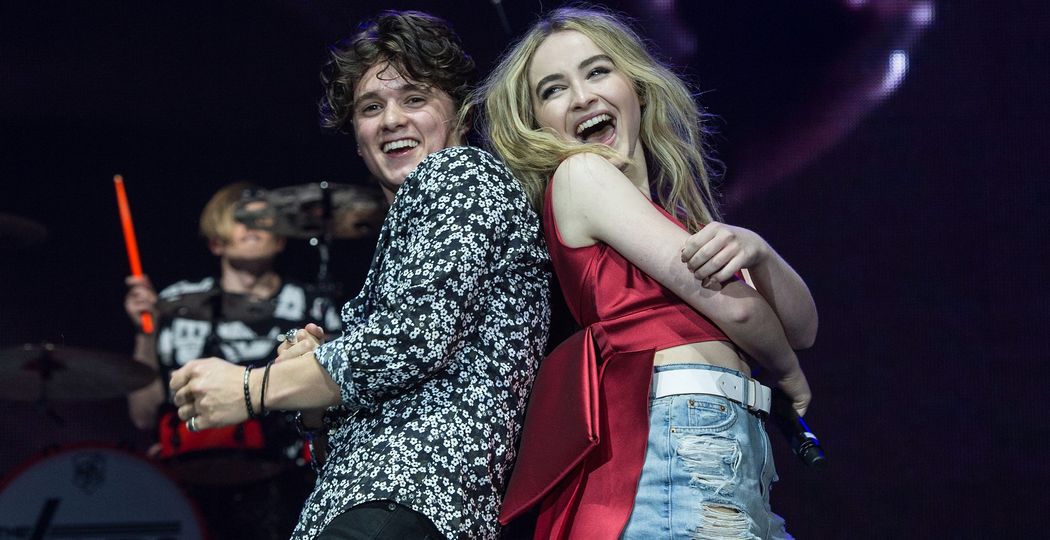 In 2017, Sabrina joined Bradley and his band, The Vamps, on tour. It’s clear that they had a great time judging from the cute photos they posted together during the tour. Bradley and Sabrina appeared so close that fans and tabloids started to speculate that they were dating. Sabrina confirmed in an interview with Seventeen that she wasn’t dating Bradley. She said:

“We completely ignore it. For me, first of all, I didn’t know about all this. Bradley also isn’t on social media very much. I think we just try to live in reality as much as we can.” 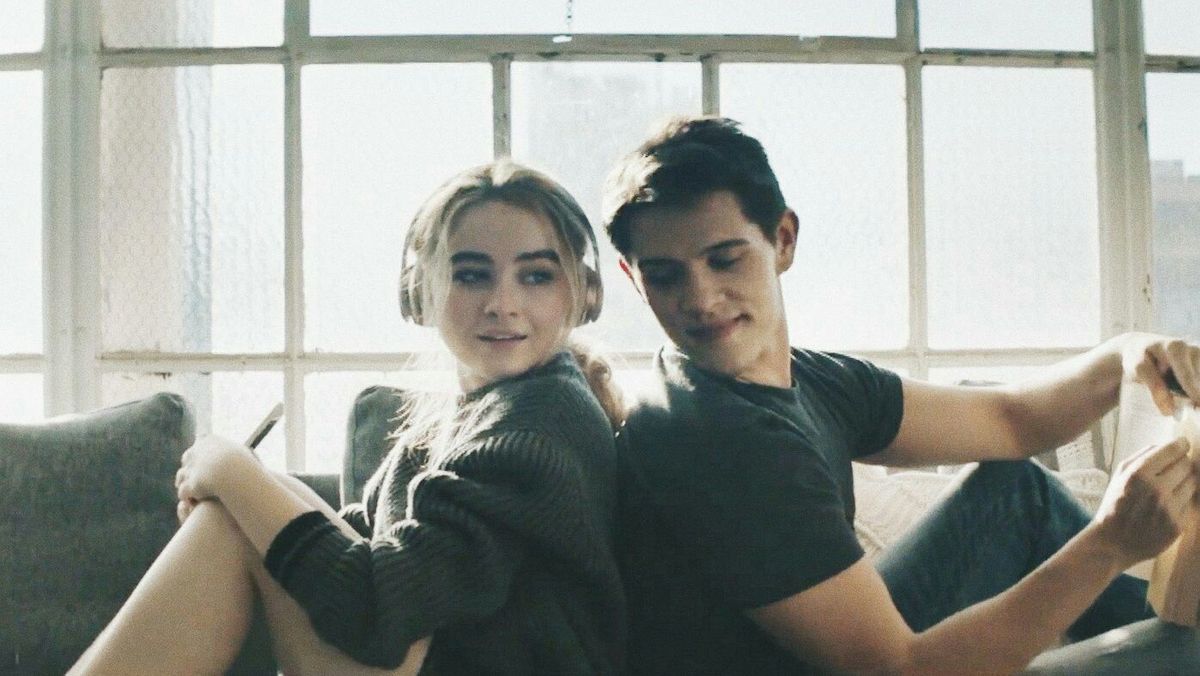 In July 2017, Sabrina dropped the video for her song Why. The romantic video featured Riverdale star Casey Cott and Sabrina as lovers. Casey and Sabrina had fantastic chemistry in the video, and it made some fans suspect that they were in a real-life relationship. However, Casey was dating Stephanie Styles at the time.

Sabrina later explained that she chose Casey for the video because of his acting skills. Sabrina stated in a Radio Disney interview:

“That was the first day I met him, was the day that we shot the video. A lot of what we did had to be very natural, and it had to feel like we were growing together in this relationship even though we’d just met that day.” 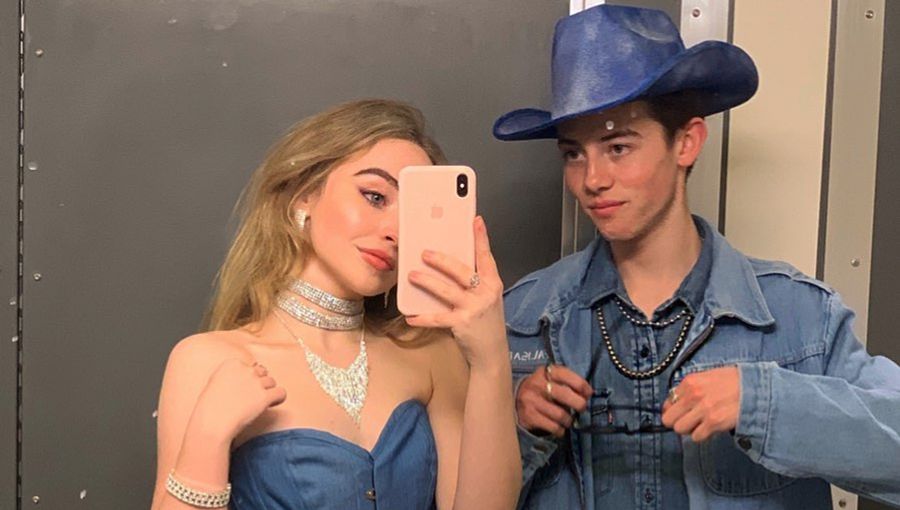 Griffin Gluck and Sabrina starred together in the movie Tall Girl. They set off relationship rumors after posting photos in matching Halloween costumes. In January 2020, Sabrina leapt to Gluck’s defense after he was accused of liking a series of tweets with transgender and racist messages. Sabrina posted on Twitter:

“I realized there’s simply no way to have the truth be perceived the way you want. Some of you will believe me, some of you won’t, so I have to accept that. But I am so terribly sorry that someone I have associated with had done things in the past to make you question my character in the present. I didn’t know them at that time. That is not who I know them to be now.”

It’s unclear whether Griffin and Sabrina are dating, but they appear to be very close.