The untold truth of Brandon Flynn 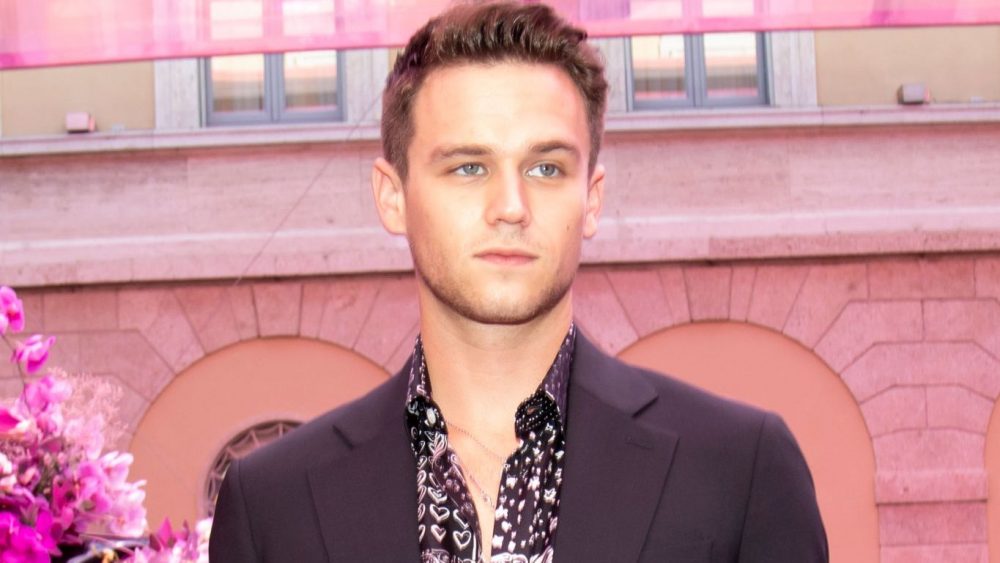 Brandon Flynn is one of the brightest upcoming talents in Hollywood. He had his breakout role in the show, 13 Reasons Why.

Flynn’s prowess as an actor is mostly due to hard work. Brandon’s natural talent was clear to see from a young age. However, he knew that talent alone wouldn’t be enough to propel him to the top. He, therefore, dedicated a lot of time and energy into perfecting his art.

There’s a lot more to Brandon Flynn than meets the eye. Keep reading to find out more about him.

He almost messed up his first acting opportunity 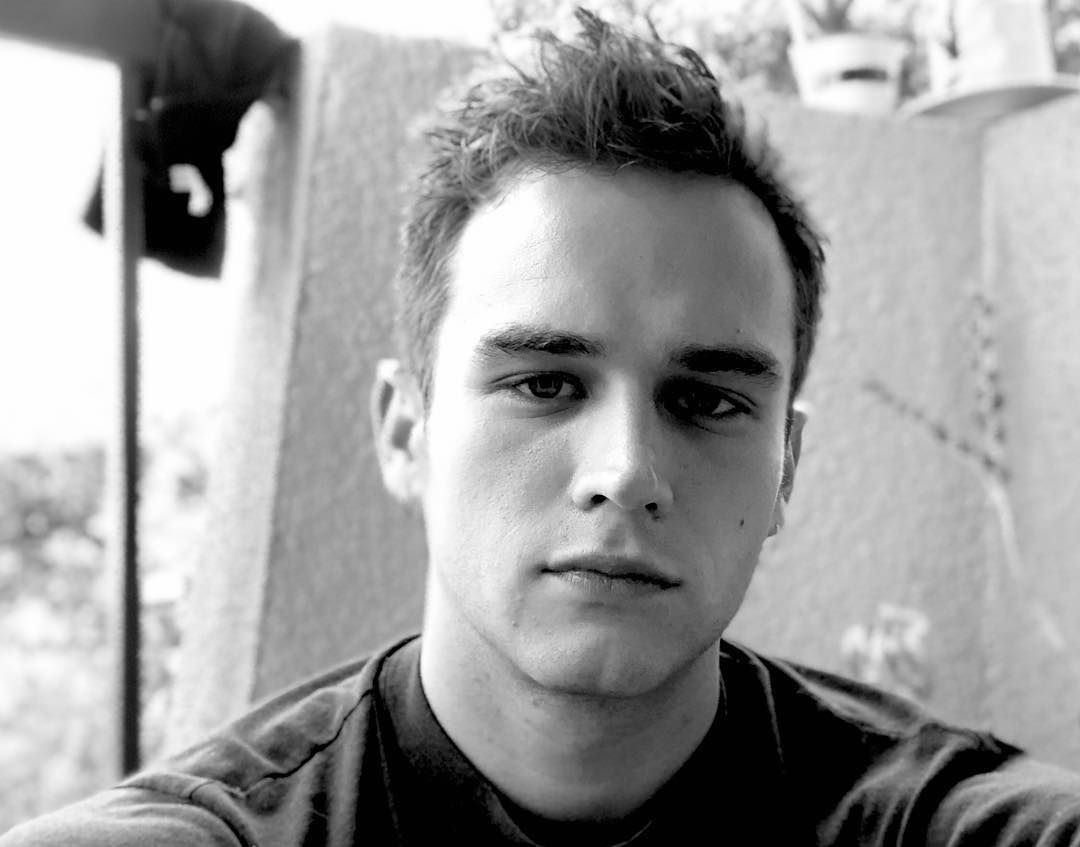 Brandon was born on 11th October 1993. He grew up alongside two sisters who he is still very close to.

Brandon didn’t have an interest in theatre until fifth grade. There was a tradition in his school that required the fifth-grade students to do a play every year. He didn’t want to participate, but his friend convinced him to audition. His friend auditioned for Captain Hook while he auditioned for Mr. Smee.

The teacher conducting the audition noticed that Brandon was a class above everybody else. Brandon was surprised that the teacher thought he was good because he wasn’t really putting in a lot of effort. He got the role, but he didn’t take it seriously, and he didn’t bother to learn his lines.

During the first night of the play, Brandon didn’t know his lines, and he had the hiccups. He also messed up part of the play when he participated in a wrong scene. It was all messed up, but he somehow managed to give a great performance. He told Hero Magazine;

“So my teacher ended up going to my dad and was like, ‘Brandon had no idea what his lines were, but he made the whole show work somehow.’ She told him that I should think about going into acting in middle school, because they have electives there.”

Brandon didn’t like the idea of studying acting in middle school. However, he gradually fell in love with acting. He attended the New World School of the Arts in Miami where he sharpened his acting skills. Brandon then went to the Mason Gross School of Arts at Rutgers University, where he graduated with a bachelor’s degree in Fine Arts.

His first major role was in 13 Reasons Why 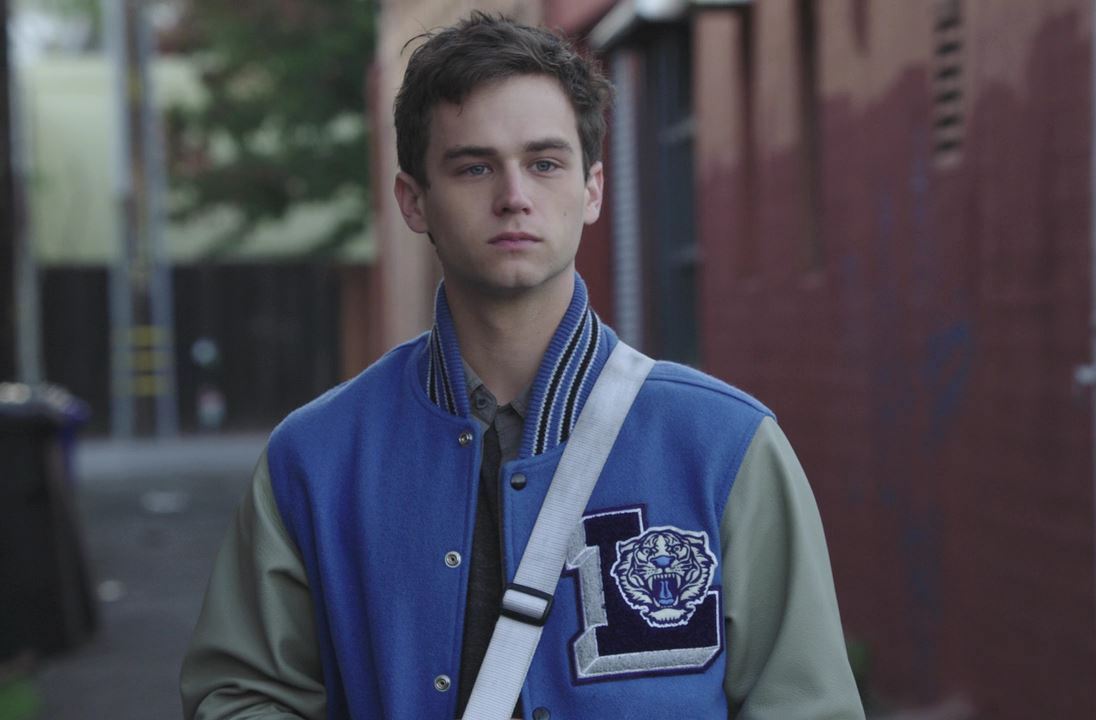 “But college was amazing, it wasn’t like a typical college experience. I spent most days working about thirteen hours on acting and my body and my voice, and it was a huge pay-off.”

His work paid off in a huge way because he booked his role in 13 Reasons Why two months after graduating from college. However, he almost gave up on getting the role. He auditioned for the role, but the directors didn’t immediately confirm that he would appear on the show.

At the same time, he had booked the role of Romeo in a Romeo and Juliet play. He was also in the final stages of casting for the play, The Curious Incident of the Dog in the Night Time, which was going for a year-long production tour. He didn’t want to commit to the play since it meant that he would lose his place on 13 Reasons Why.

Time passed by, and there was a real possibility that he would miss out on both roles. Thankfully, the call from 13 Reasons Why directors came before he made a decision. He told Hero magazine that he missed three calls from his agent telling him that he had booked the role on 13 Reasons Why. Brandon revealed that his agent was pretty pissed;

He is an LGBTQ activist 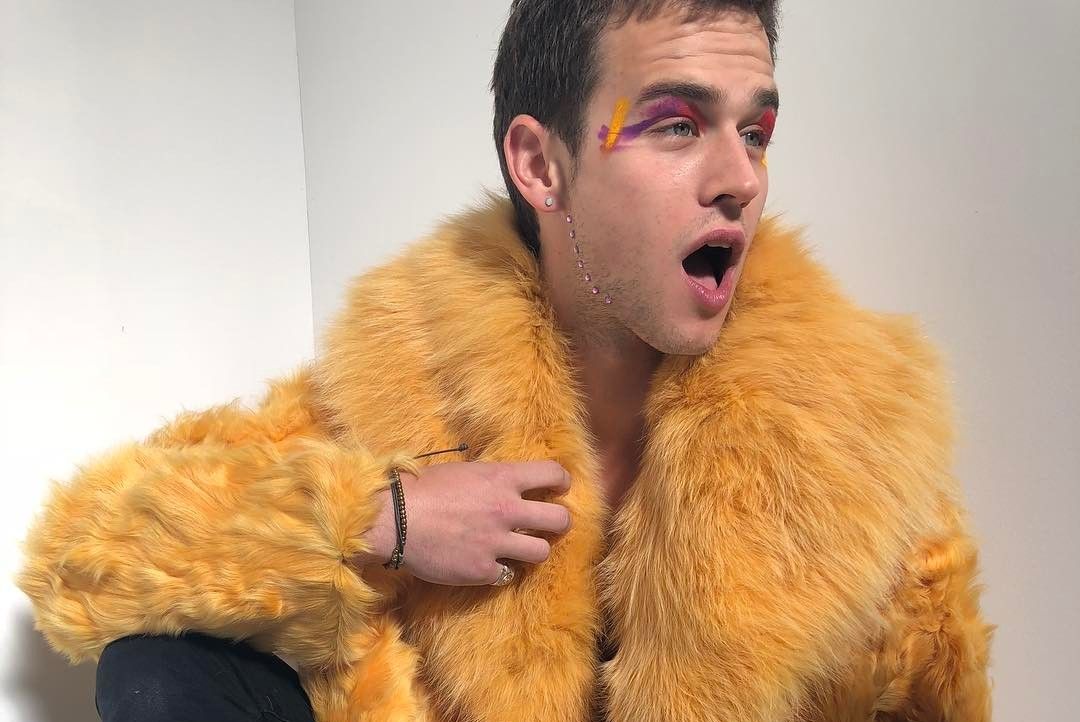 Brandon came out to his family and friends at the age of 15. His family accepted his decision, but he still had to overcome obstacles and challenges brought about by his sexuality. It became easier for him in high school and college, and he was never bullied because of it.

The world assumed that Brandon came out when he made an Instagram post condemning anti-gay protests in Sydney. He wrote;

“Thank you for raising money and hiring a plane to write your lack of support amongst the clouds. I hope your hate and understanding fades towards the No campaign…We’ve been scared shitless our whole lives thanks to all the stigmas that surround Us…Equality takes courage, it worries me that too many people in this world lack the balls to stand up for what is right.”

People assumed that he came out with this post, but Brandon told Variety that coming out wasn’t his intention. However, he doesn’t mind because his fans embraced him for it.

Brandon acknowledges that the film industry has come a long way in terms of inclusivity, but a lot more can be done. He feels that Hollywood should do away with labels to promote greater inclusivity. He told Variety;

“…that’s what I think will revolutionize all of this – when we step away from saying, ‘Brandon Flynn is an LGBTQ actor’ when really, I’m just an actor, or saying that ‘Call me by Your Name’ is an LGBTQ story when really, it’s just a story.”

He hopes that fans in the industry can become more accepting of actors portraying roles that are different from their real-life sexuality. For instance, in 13 Reasons Why, Brandon plays the role of Justin, who is interested in women.

He was in a relationship with singer Sam Smith 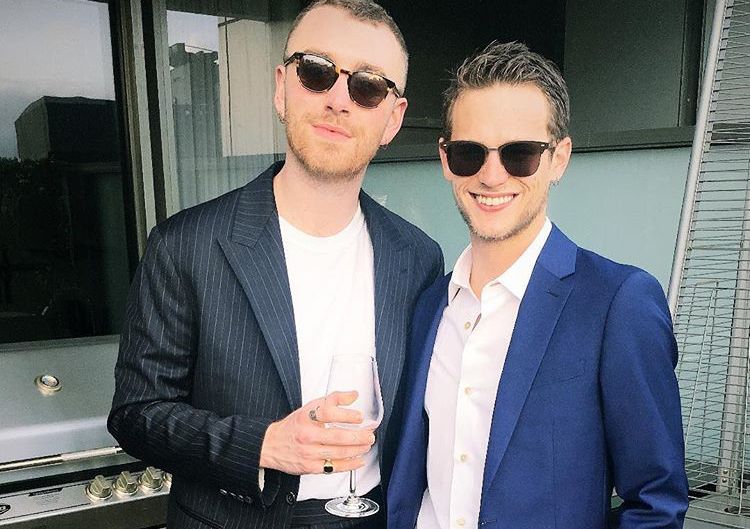 It’s unclear when Brandon met Sam, but the couple publicized their relationship in late 2017. They went public via an Instagram photo posted on Flynn’s Instagram account. The couple was also spotted sharing intimate moments on the streets of New York in October 2017.

The couple broke up after nine months of dating. Fans suspected that the couple had split up when Smith deleted all photos of Flynn from his Instagram feed and later unfollowed him. A source told The Sun that the breakup affected Sam a lot. The source said;

“But they are both so busy with their careers and unfortunately things just haven’t worked out. Sam is obviously devastated. This is the most significant relationship he has ever had.”

He is rumored to be dating Richard Madden 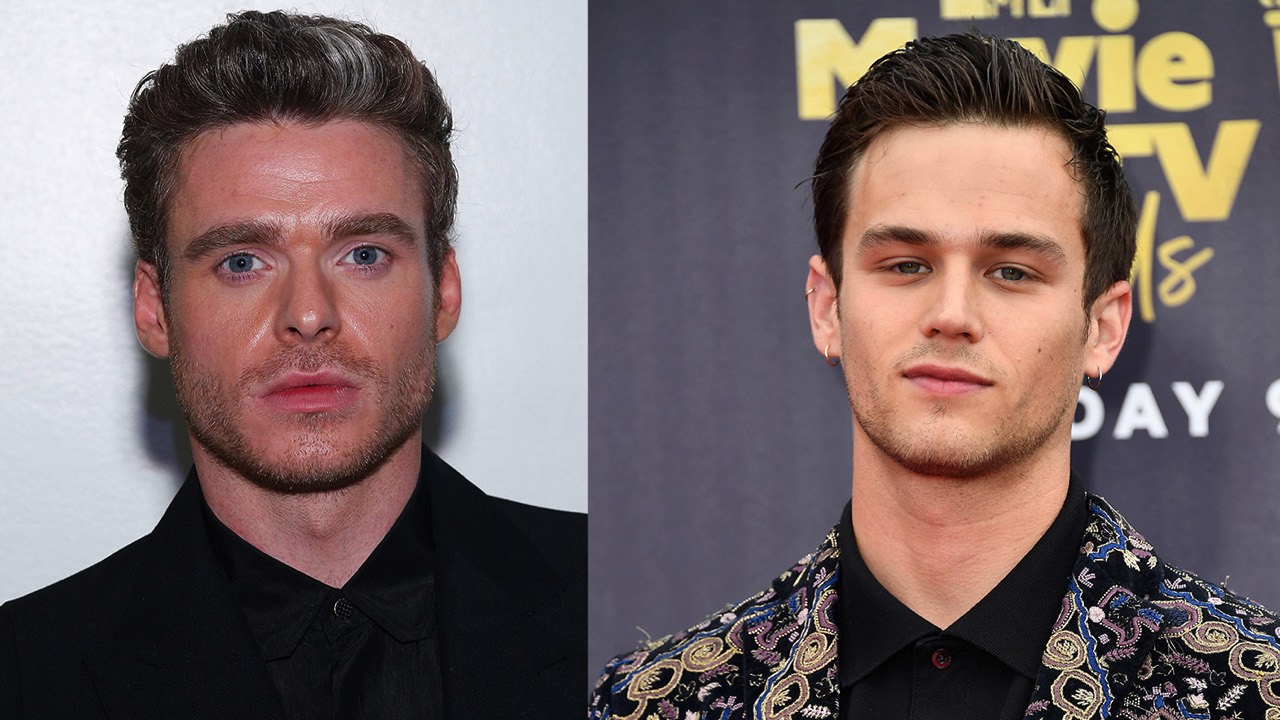 Recent rumors emerged suggesting that Brandon is dating Richard Madden. Richard split up with his girlfriend, Ellie Bamber, in December 2018. The rumors started when Brandon and Richard were spotted together several times. The Sun reported that Richard moved in with Brandon in his Hollywood home.

Brandon doesn’t like how the media scrutinizes his personal life. He says that the media always looks to create a scandal in his life to make the news more appealing. He told Variety;

Brandon told Variety that he feels that there is a greater focus on his love life now that he came out as gay.

He is involved in mental health awareness campaigns 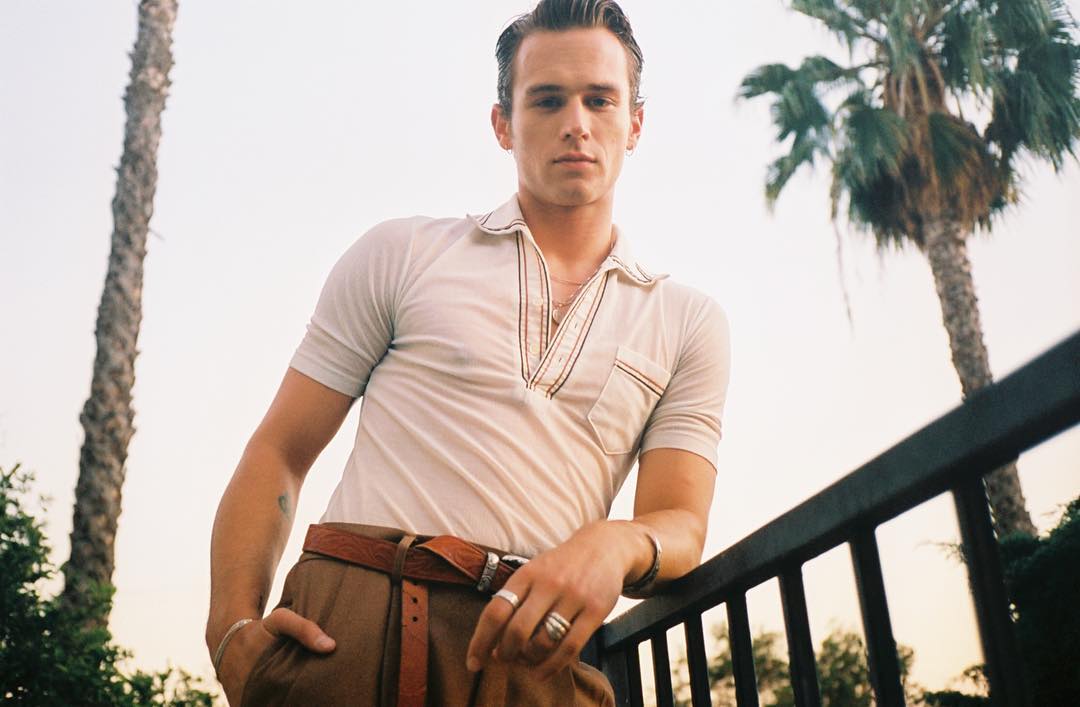 13 Reasons Why is a show that casts a light on mental health issues. The show follows the high school life of Hannah Baker and the 13 reasons why she decided to commit suicide. Each reason is linked to a person. Brandon plays the role of Justin Foley. Justin was Hannah’s crush, and he is the first reason why she killed herself.

The show opened Brandon up to issues that affect the youth. He explained on an interview with Hero magazine;

“I didn’t really think about what the show was saying until we started working on it, working with these doctors like Dr. Hu, who is amazing…They worked with different doctors and psychiatrists, people who dealt with suicide, a lot of problems that are very common.”

The issues on the show became personal for Brandon when he lost some friends through suicide. He, therefore, decided to dedicate himself to mental health awareness. Brandon and some of his co-stars are part of Project Semicolon. The organization’s website says;

“A semicolon is used when an author could’ve chosen to end their sentence, but chose not to. The author is you and the sentence is your life.”