The untold truth of Chris Appleton 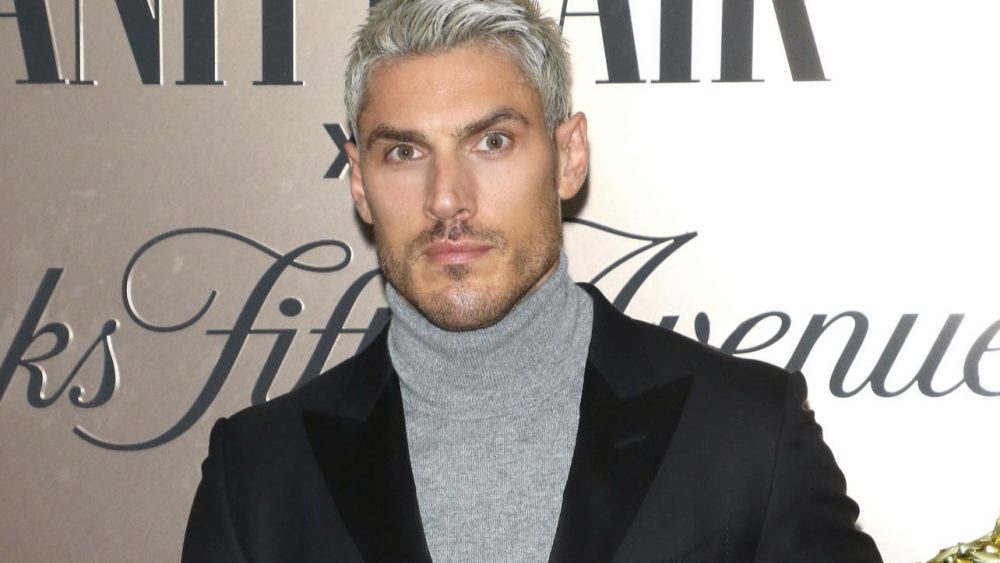 One such person is Chris Appleton. Chris is the go-to hair stylist for celebrities all over the world. He is one of the best at what he does, and he is a celebrity in his own right. Keep reading to discover more about Chris Appleton.

His mom inspired him to start working as a hair stylist 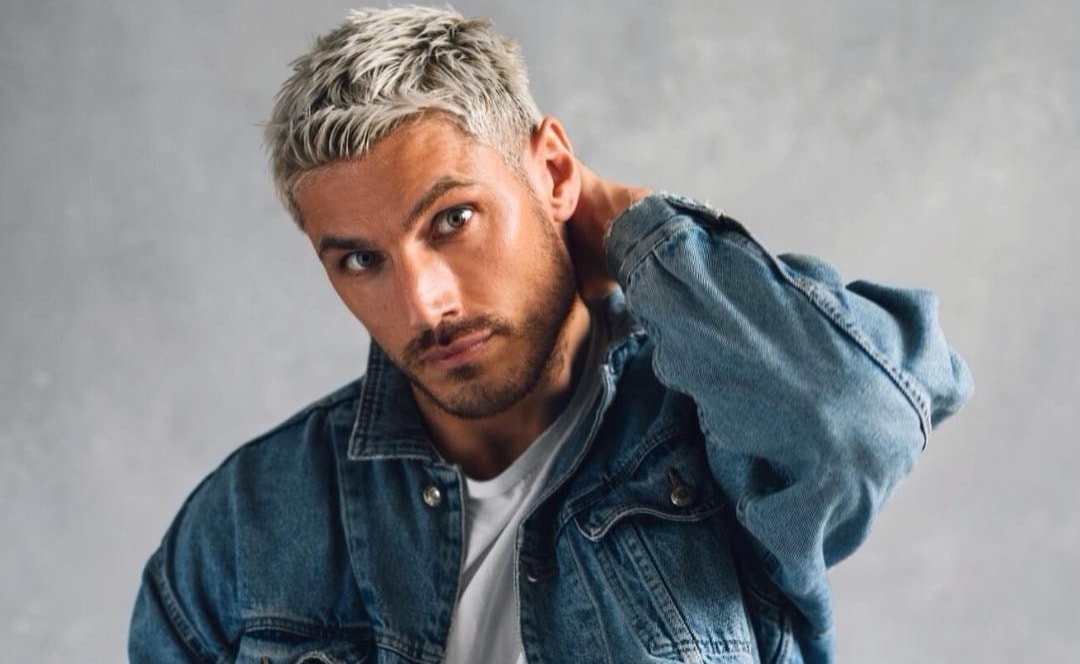 Chris Appleton was born on 14th June 1983 in England. His mom and dad raised him alongside his sister. Appleton’s mom encouraged him to pursue hairdressing when she recognized that he had a natural gift. Chris worked on his mons hair when he was young, and he loved the confidence that she got after a hairdo. Chris revealed in a Gay Times interview;

“… I guess I was always fascinated by the power of transformation. I used to do my mum’s hair when I was a young boy. I noticed that when mum would stand up and look in the mirror, he shoulders would go back and she would stand taller, and for a minute forget who she was – she seemed like somebody different.”

Chris earned his first job at a salon at the age of 13 years. He would observe how people came into the salon and how they went out. He noticed that people were happier when leaving the salon after having their hair done. Chris loved how people became happy and confident after a hairdo.

It inspired him to pursue a career as a hairdresser. Chris worked hard to improve his skills, and in 2010, he was recognized as the Young Talent of the Year on the London TV show Hairdresser of the Year.

Chris works with many celebrities and fashion houses 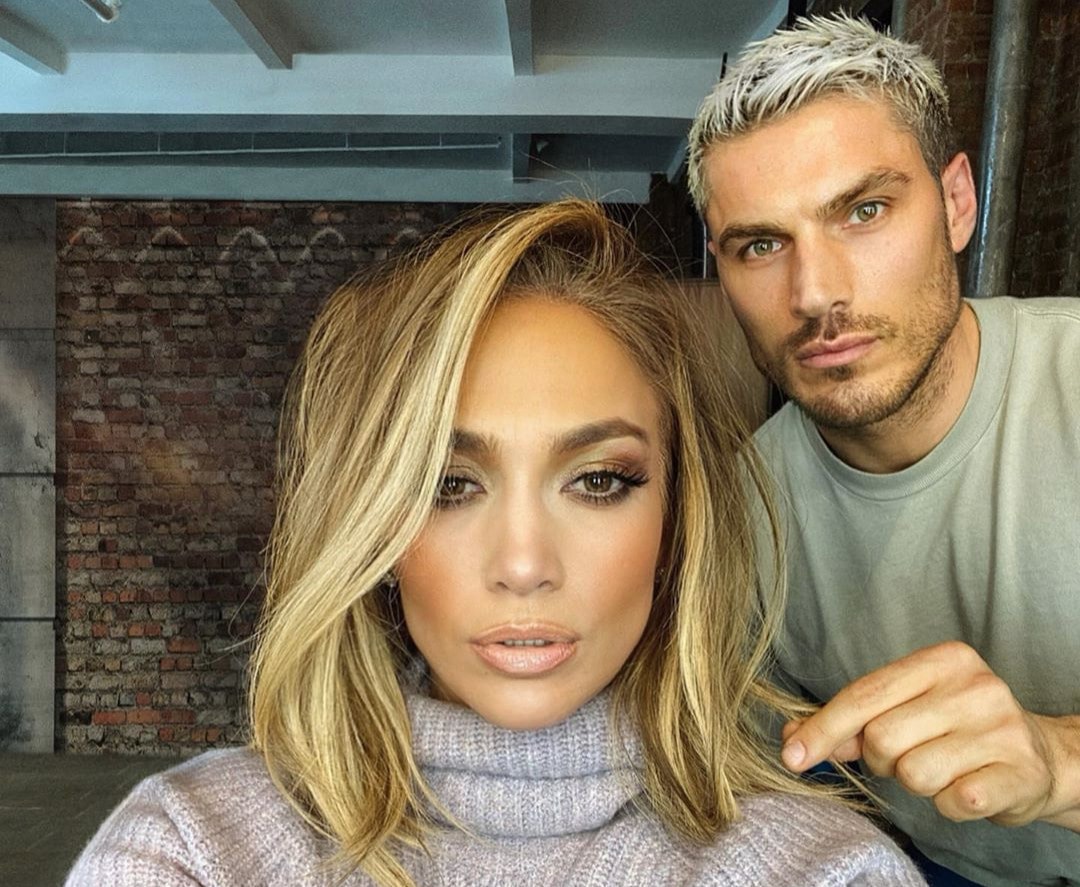 Chris’ work was soon recognized by fashion houses, and his work soon started appearing in magazines. His work has appeared on covers of magazines such as Harper’s Bazaar, Grazia, Marie Claire, and Vanity Fair. He has also worked with leading fashion houses such as Dolce & Gabbana, Vivienne Westwood, Tom Ford, Moschino, Fendi, and Chanel.

The above is very impressive, but the list of celebrities that he works with regularly will blow your mind. He regularly works with Kim Kardashian West, Kylie Jenner, Ariana Grande, Katy Perry, and Jennifer Lopez.

The celebrities love Chris’ skill, fearlessness, and his ability to create iconic looks. Kim Kardashian stated in an interview with Gay Times that she trusts Chris completely:

“Like I’ll lean to you for the confidence because I know with you… there’s very few people I could say I really don’t need a mirror. I can just sit in the chair, do my work and not really pay attention, not pick my head up and know that no matter what you choose to do, it’ll look good and I’ll feel confident – and that’s rare. With hair, I get anxiety if I have to work with someone new and what it’s going to look like… You push me to want to do new things…”

Chris doesn’t feel nervous when working with celebrities, but he feels a greater burden to do an impressive job because a bigger audience will be judging his work. However, it always comes down to how he makes the person wearing the hair feel. He told Gay Times;

“I really want you to feel good. Like I’ll text you when you’ve done a red carpet or event and I’ll say stuff like, ‘How was it? Did it work? Were the pictures good? How did you feel? It’s really important to me that you feel great about it. I do care as much about the look as you do – or maybe even more sometimes.” 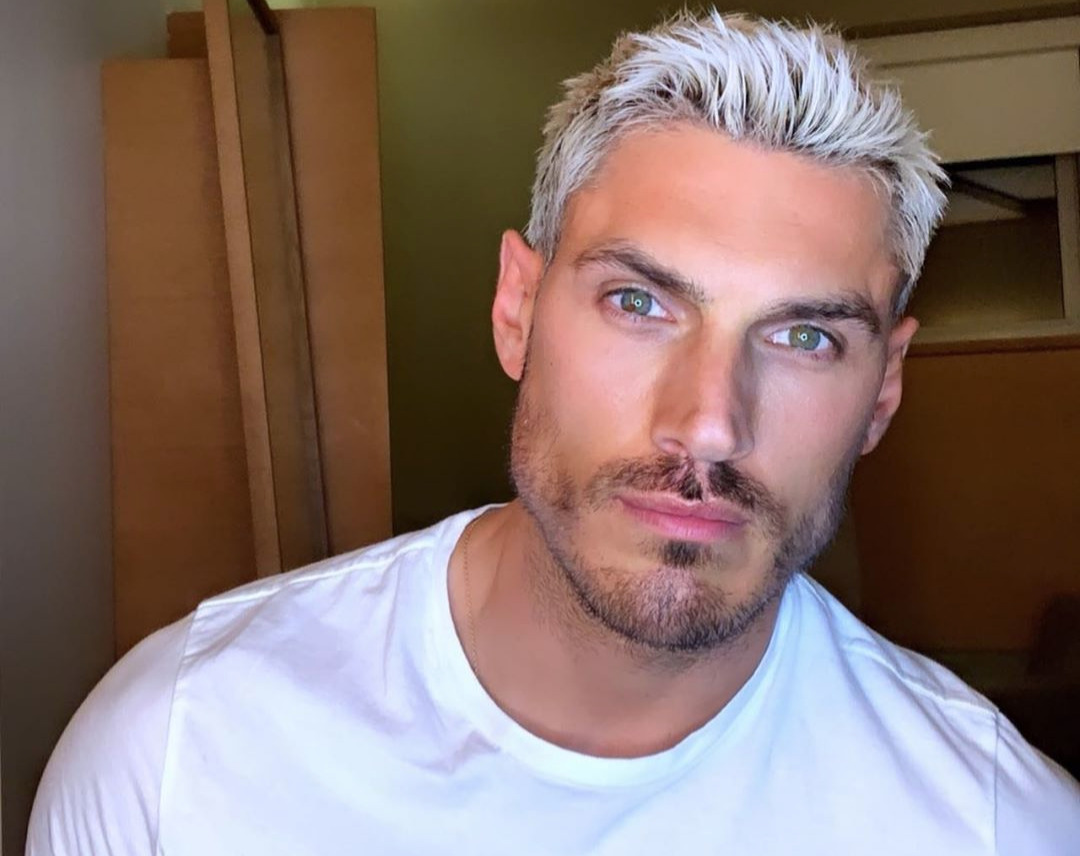 Chris has created some stunning hairdos over the years, but he is most famous for how he uses wigs. It’s a style that is unique to him, and another reason why celebrities can’t get enough of his skills.

His inspiration to re-invent how people use wigs came from work he did with cancer patients. One of the side-effects of cancer medication is that most people tend to lose their hair. According to Chris, the patients he worked with hated that they had to lose their hair.

It motivated him to restore confidence and self-belief in the patients, and he did so by offering them unique hairdos. Chris told Gay Times;

“So I would use my hands and work with the wig, put a root in it. I remember doing that and I was reassured about giving people their personality back. That, for me, was so rewarding to give them back something they’d lost.”

He is always looking for inspiration 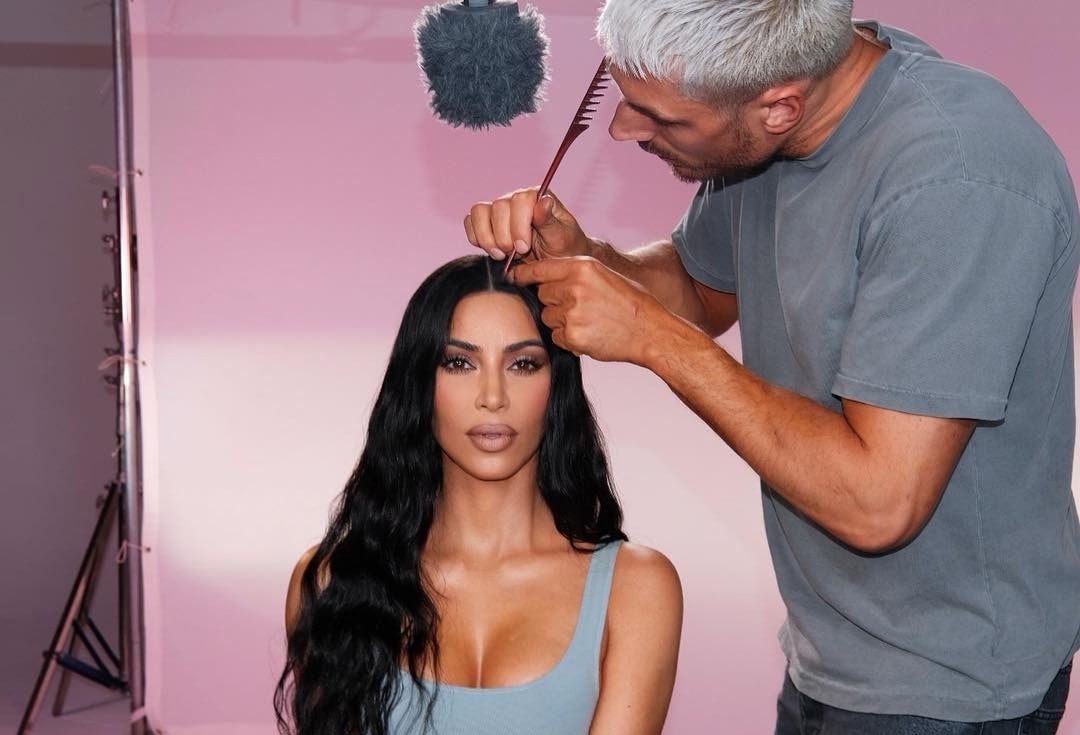 As a kid, Chris always wanted to outdo his last hairstyle, and he always wanted to push boundaries. Chris has come up with some amazing looks, and one of the reasons behind his creativity is that he is always looking for inspiration. Chris told Gay Times;

“I’m also someone who likes to push boundaries and create things that are new and exciting. I love to make people stop and think about how that was done. But more than anything, make people not only look great but feel it – that’s when the magic happens. I’m excited by what I do for my job. The people I work with I’m really passionate about and I want them to look and feel their best.”

Chris looks for inspiration everywhere. He looks to see what people are doing with their hair and what he can learn from them. He told Gay Times that he draws inspiration from;

“People I work with, Instagram, even just walking down the street and seeing girls with a cool vibe. When I was in London, the tube journey was always an inspiration. Maybe I’d see a girl with a pink vibe or a glam vibe. I’m just always looking!”

However, inspiration isn’t everything for Chris. He knows that without hard work and preparation.

He doesn’t mind people criticizing the work he does 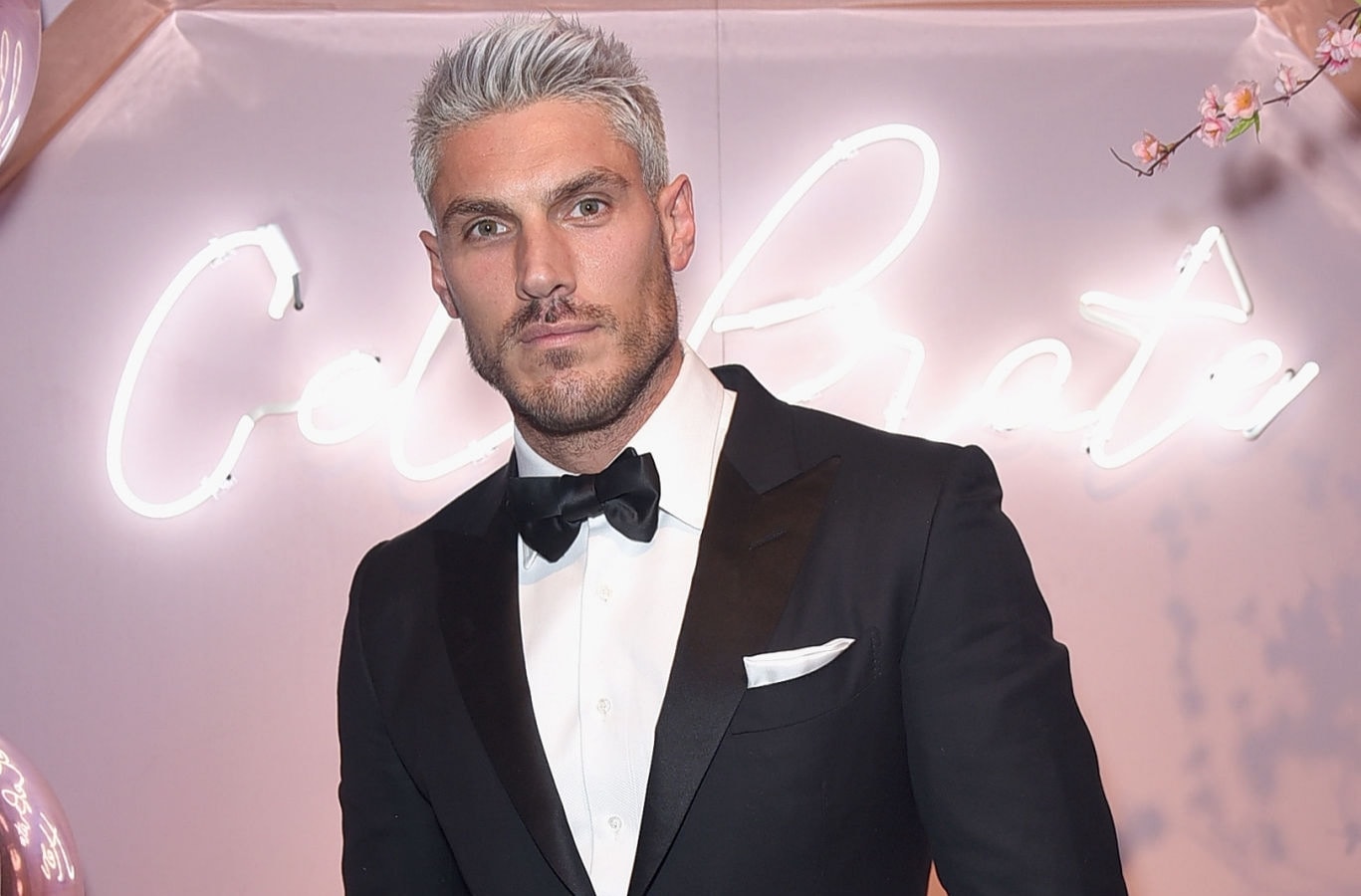 Chris works with celebrities, and that means that his work is usually open for criticism from the public. However, Chris maintains that he doesn’t mind the public talking about his work. He isn’t afraid of negative comments or public discussions about his work. He told Gay Times;

“I’m not afraid of negativity or anything like that. I do like a discussion. I think if nobody is discussing anything then you’re not doing the right thing – if people are just like ‘whatever’. If you’re going to do something different and try and push boundaries then it’s good to get into that conversation.” 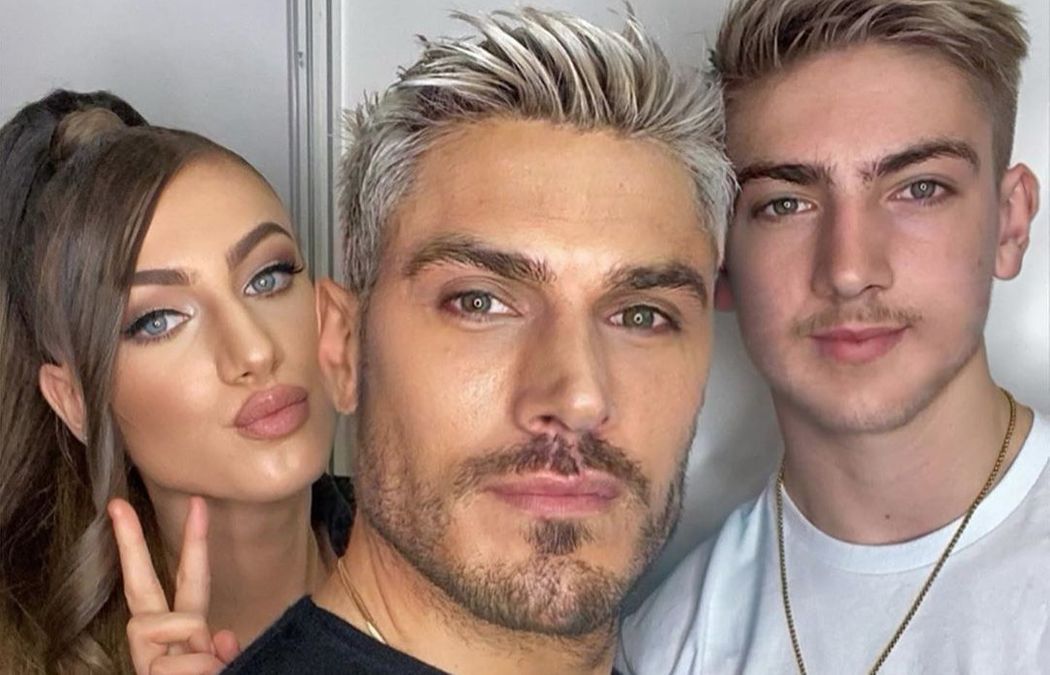 Chris Appleton and His Kids

According to Chris, he didn’t realize that he was gay until later on in life. By that point, he had two kids, and he had to consider them before coming out as gay. He told Gay Times that he decided to come out once his kids became comfortable with his decision;

“Everybody has got their stories and some people are ready with it straight away, I just wasn’t. I didn’t have that realization. It was also really important to me that the kids were comfortable before I expressed that, and that they understood and were in a good place. It was later on.”

Chris appreciates the support he has received from the LGBT community after he came out. He hasn’t been discriminated against because of his sexuality, and he says that it’s important that everybody gets equal opportunities to tell their stories. He told Gay Times; “… it’s about supporting everyone in the community.”