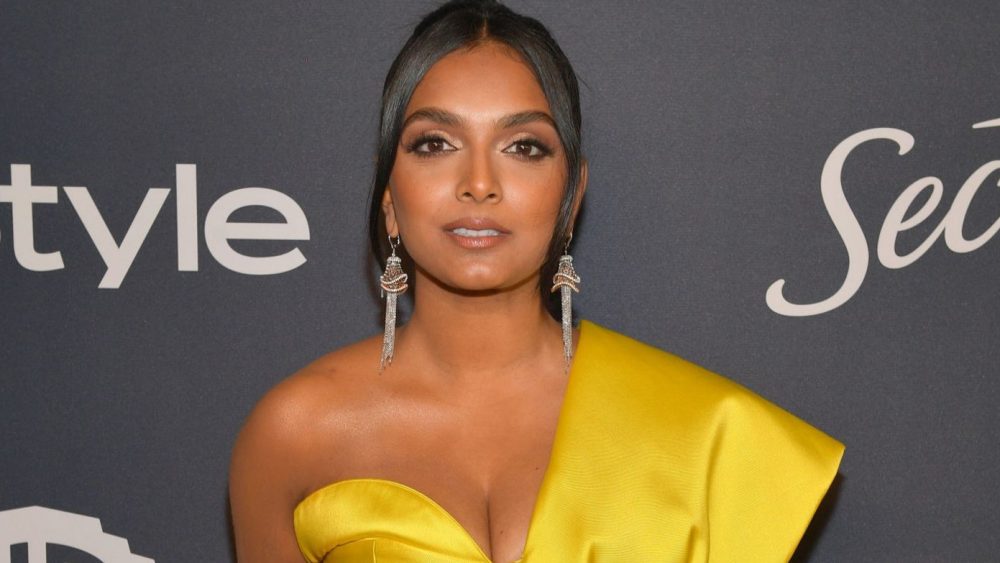 Deepica Mutyala is a YouTube makeup star who blew up on the internet due to her different approach to makeup. Since then, Deepica has become a favorite on YouTube, not only because of her makeup videos, but also because of her outgoing and bubbly personality.

Mutyala is as funny as she is talented, and it has earned her 261K subscribers on YouTube. Ever since she started out, she has been growing in the beauty industry, and she is now the CEO of her beauty company. This piece will focus on the details about Deepica’s career, her business strategy, how she deals with hate, her body issues, and her relationship status.

She quit her job after her second makeup video went viral 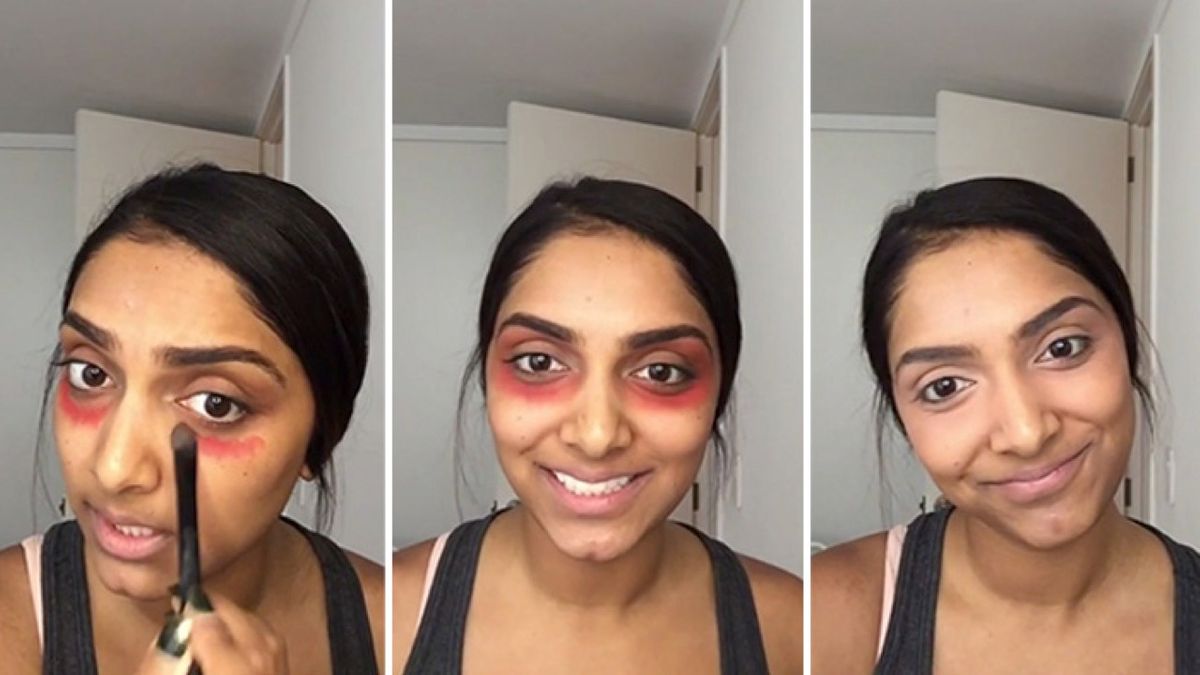 Deepica developed a love for makeup when she was 16 years old. At that point, she knew that she wanted to work in the beauty industry. However, her parents pressured her to pursue a normal career path. She wanted to be a beauty influencer, but she wasn’t sure that people from her ethnic background would accept her career choice. Deepica told Entrepreneur:

“… I wanted to explore the idea, but I had this mental block that I, as a South Asian woman, was not supposed to go and be a YouTuber. If I wasn’t going to be a doctor, lawyer or engineer, then I had to be on the business side of the beauty industry. I remember thinking there was nobody who looked like me on YouTube.”

She desired to do beauty and makeup videos for people who looked like her, and she knew that the market was there. The South Asian market hadn’t been tapped by the beauty industry, and yet there were billions of people living in the area. So she decided to make beauty videos using her phone, and it didn’t take long before people noticed her.

In her second video, she used red lipstick to hide dark circles under her eyes. The video became an instant hit, and after a while, it was picked up by BuzzFeed. How to Cover Dark Under Eye Circles by Deepica Mutyala is currently getting close to 11 million views. The success of the video prompted Deepica to quit her job and focus on being a YouTuber. She told Entrepreneur:

“When the video hit 4 million views on YouTube, I got email from the Today show to come on and do a segment. I was like, ‘Oh my God, I’m going to be the next Hoda, this is incredible!’ I quit my job that day – I kind of took it as a sign that I could do this full time. I could take that 15 minutes of fame and turn it into my dream career.” 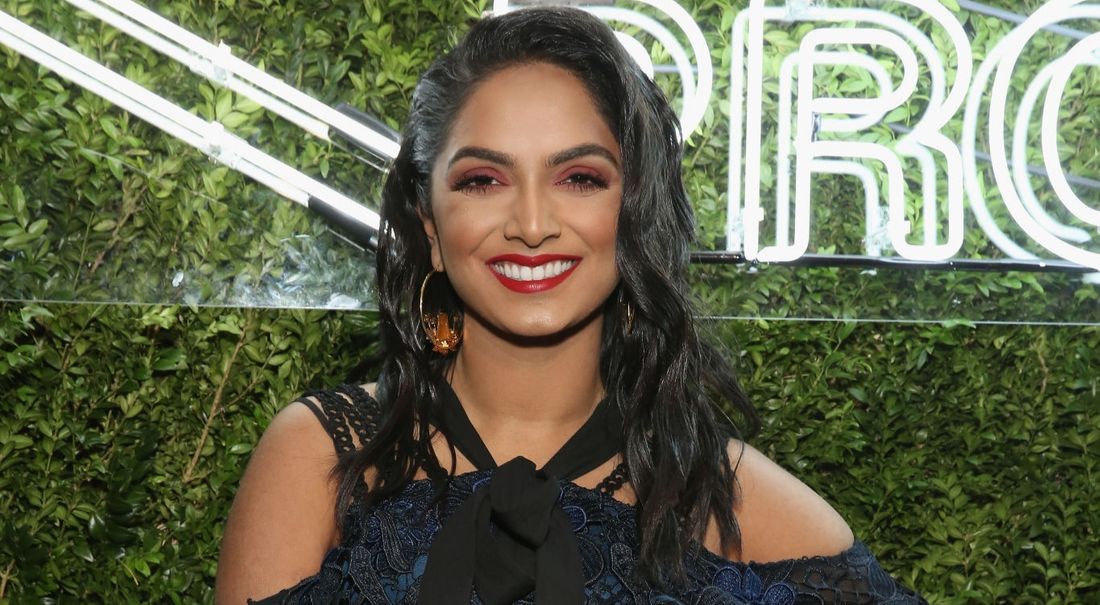 Deepica’s parents supported her decision, but they were scared that her venture might not work out. Nevertheless, Deepica put in the effort, and at first, it was quite challenging. She didn’t have experience in beauty and video production. At some point, editing a video took her a minimum of 12 hours. She eventually started to get the hang of it, but it was still difficult. She told Entrepreneur:

“I got smarter about how I was taking footage, but generally speaking, it took me too long. It goes back to a mental health thing. At least with the filming part, there are some parts of it that feel a little more extrovert friendly. But I would go crazy and get so down on just sitting there and staring at a computer, editing, that I was like, ‘This isn’t worth it.”

Deepica learned that it was wise to outsource services, and she got an editor. She still retains the work ethic that she had when she started on YouTube. Deepica has also diversified her content by posting vlogs as well as beauty tutorials. To her, the most important thing is consistency, and it is what she adheres to. Deepica has worked hard to get to where she is, and it’s part of the reason why it hits her hard when people question her work ethic. She continued:

“I never get offended or hurt when somebody says, ‘That makeup tutorial was bad,’ or ‘You’re ugly,’ or ‘You’re fat.’ I have confidence in myself. But when people say things about my character, or the comments are like, ‘You’re not working hard enough,’ or ‘Did you just post this video and do it so quickly?’ When someone attacks your character or work ethic, that really hurts.”

Unfortunately, social media can be harsh, and people ask sensitive questions. Deepica deals with it by confiding in a close friend or family member.

She doesn’t work with brands that she does not use 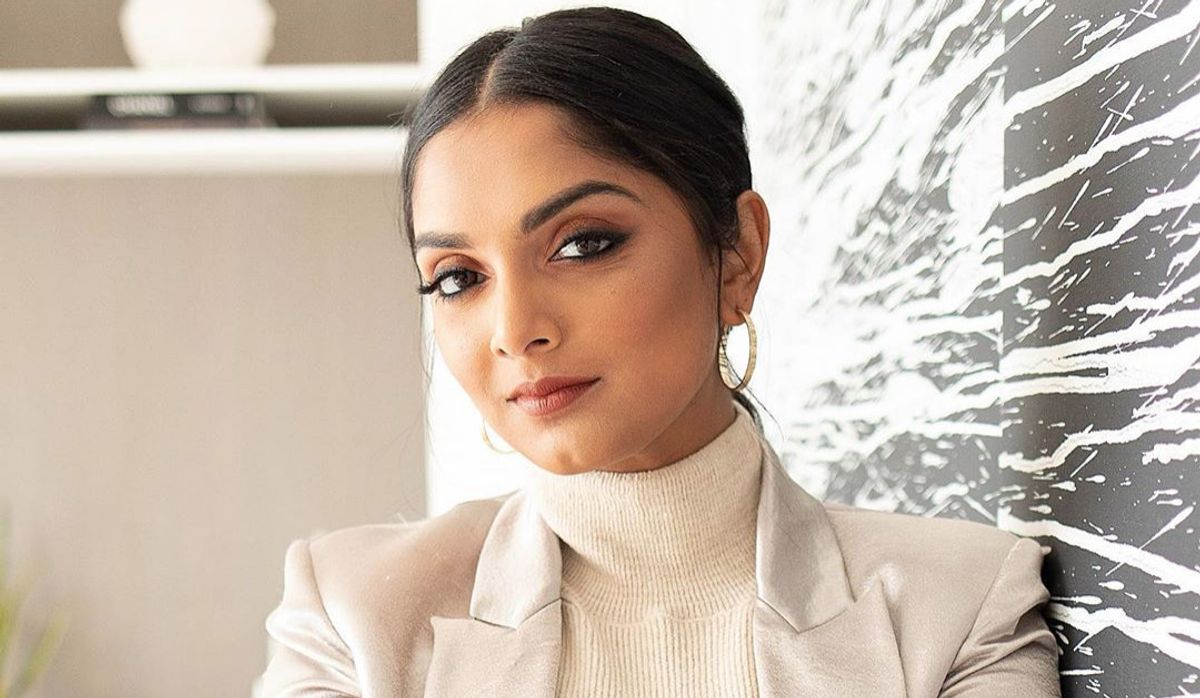 “… don’t partner with a brand unless you do use them. There are other ways to be honest about it if you haven’t. Say that to your audience. I actually did that with a brand in the past. SK-II reached out and asked me to do a 90-challenge with them. We made it so the contract and deal was, if I don’t like the product, I don’t have to do it.”

At the moment, the most important brand for Deepica is Live Tinted. Deepica achieved a life-long dream when she launched Live Tinted, and she is committed to overseeing the success of her company. Deepica talked to Forbes about her experience in the beauty industry:

“I started out on the corporate side of the beauty industry, worked as a beauty influencer, and now I’m the Founder and CEO of Live Tinted. The journey of building the Live Tinted community, and the overwhelming feedback we continuously receive let me know that I wasn’t alone in feeling left out of the beauty narrative – and there was room for product development within the community.” 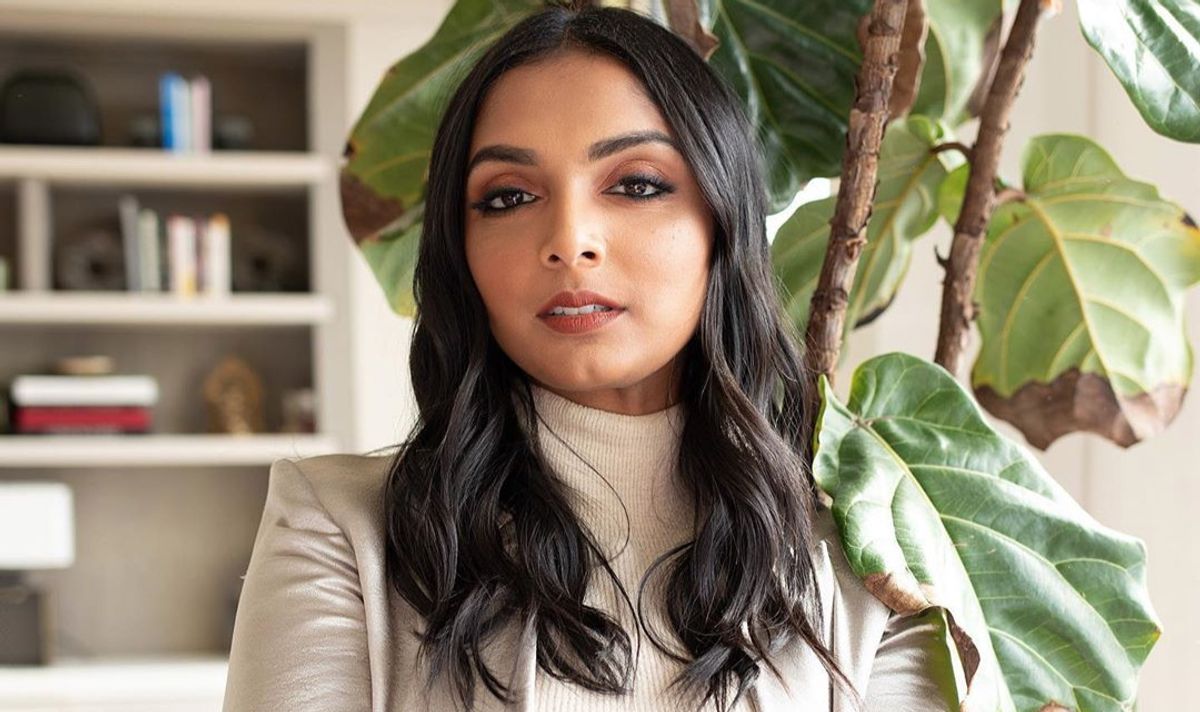 Ever since Deepica launched Live Tinted, her main focus has been running and managing the company. She has achieved a lot of success, but it has affected her love life. Deepica hasn’t had time to focus on a relationship ever since her last one ended a long time ago. She hasn’t dated for a while even though she wants kids and a family. She stated in a video titled Answering Your Assumptions About Me:

“I actually haven’t been on a date in two years since I moved to Los Angeles. I haven’t dated anyone in a long time. I was in a very serious relationship. It ended a while back. It took me a very long time to heal from that, and then I launched a company, and forgot how to date.”

She also stated in the video that she plans to get back in the dating scene in 2020.

She has been open with fans about her body issues 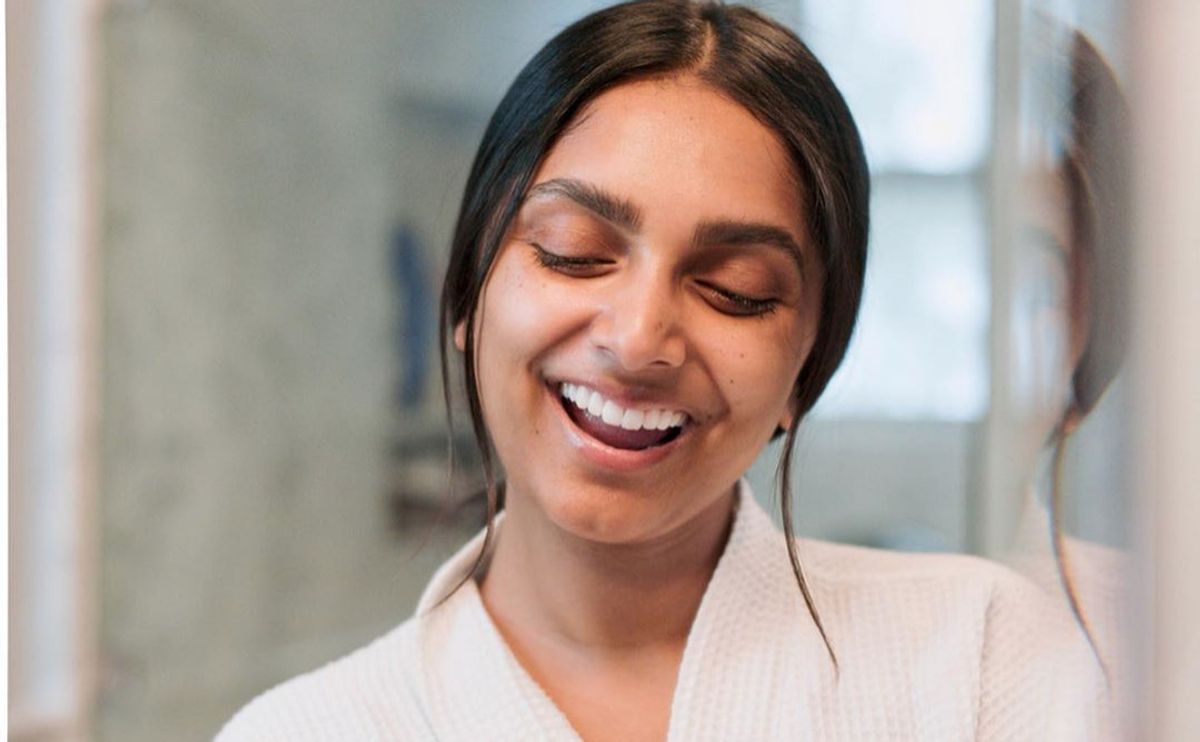 Deepica revealed in a video titled Storytime: Getting Candid About My Body Issues that she struggled with body issues, especially when she was in high school. She revealed that it took her a long time to get comfortable with her body. Deepica said:

“At this point in my life, I love myself more than I ever have in my entire life. And I think that comes with growth, life, experience, confidence…”

The motivation behind Deepica sharing about her body issues is that she wanted to help people feel comfortable in their skin. She told Forbes:

“I’ve seen my vulnerability and authenticity inspire other people, and truly that should be the role of CEO and influencers. I want to give people courage, and that means showing it all.”