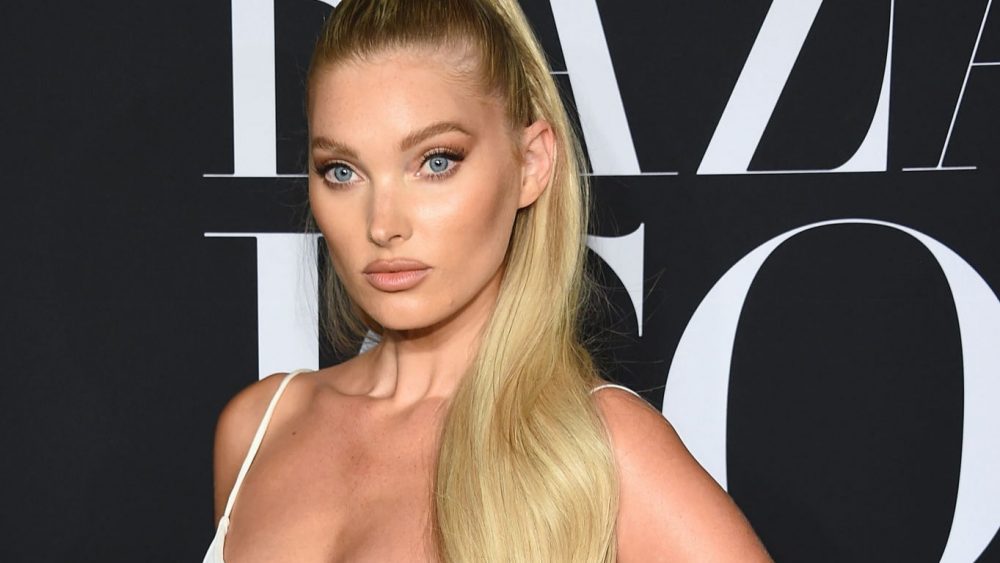 Elsa Hosk has been a top model for the best part of a decade, and she is showing no sign of slowing down. Hosk didn’t have a conventional journey to the top, and at one point, she didn’t even take modeling seriously. Nevertheless, Elsa is a natural on the catwalk, and she looks destined to go down as one of the modeling greats.

This article will put Elsa Hosk on the spotlight as we look at her journey across the Atlantic, and her rapid rise as a model. You will also learn about her insecurities and struggles with alcohol. 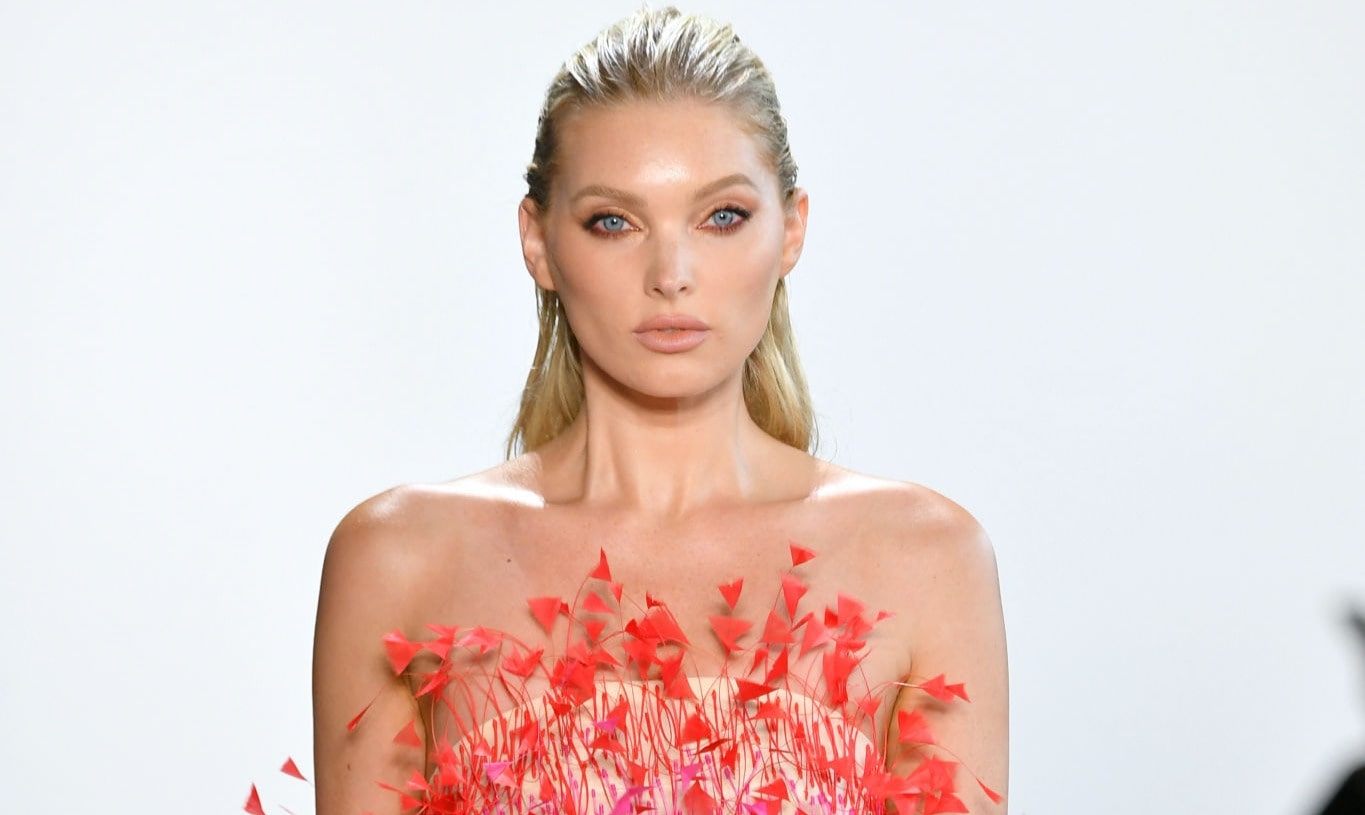 Elsa was born on 7th November 1988 in Stockholm, Sweden, to a Swedish father and Finnish mother. She grew up alongside two brothers, and she was very interested in sports.

Elsa’s first modeling opportunities came courtesy of her father, Pal. When Elsa was 13, Pal distributed her photos to modeling agencies in Sweden. A year later, Elsa started modeling for agencies in Sweden. She did some work with Guess and other modeling companies, but at the time, Elsa didn’t view modeling as a solid career choice.

Instead, she concentrated on her studies and participated in modeling as a part-time activity.

She played basketball before moving to New York to pursue modeling 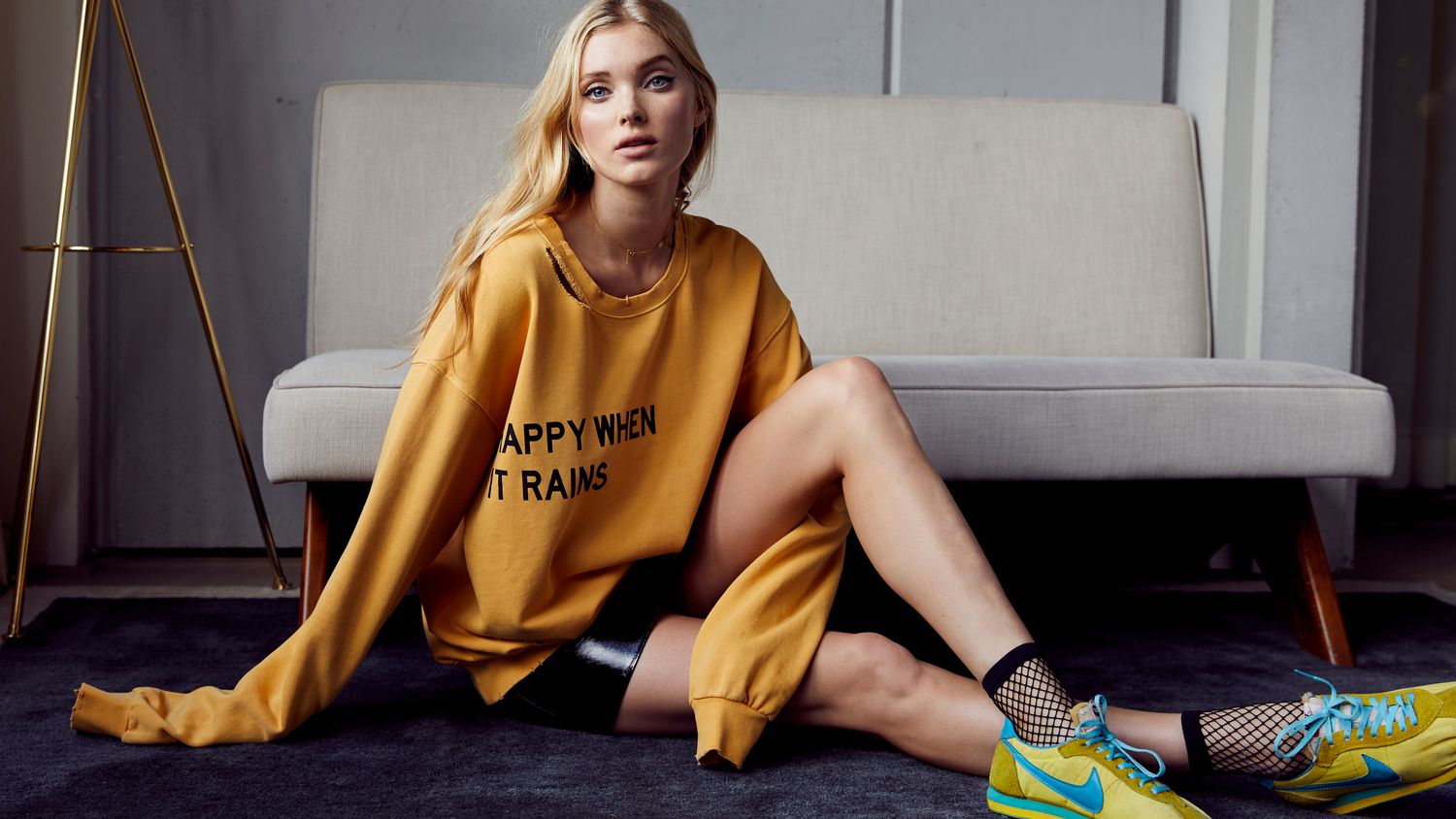 “It’s not anything like the WNBA, I mean basketball is not that big in Sweden. But it was still very tough. We worked out like eight times a week, and then it was games on the weekend. It took up a lot of time, it got really serious and [I realized] I wanted to explore the world and meet people and not be tied down.”

After playing for two years, Elsa decided to leave the court and focus on her modeling career. She moved to New York to expose herself to better modeling opportunities. Elsa swiftly landed a contract with IMG Models, and her acting career took off.

Elsa is grateful for the couple of years she spent as a basketball player because they helped prepare her for the stresses of the modeling industry. Elsa continued;

“At periods of time [the modeling industry] can be really crazy but you just kind of learn, you get into it. It’s harder when you get to relax for a little bit, like a week in New York, which is my home, and then I have to go back to traveling. You [start] to rebuild relationships, you do your dry cleaning, and start getting into the normal rhythm again [and then you have to leave].”

She wore the Victoria’s Secret Fantasy Bra in 2018 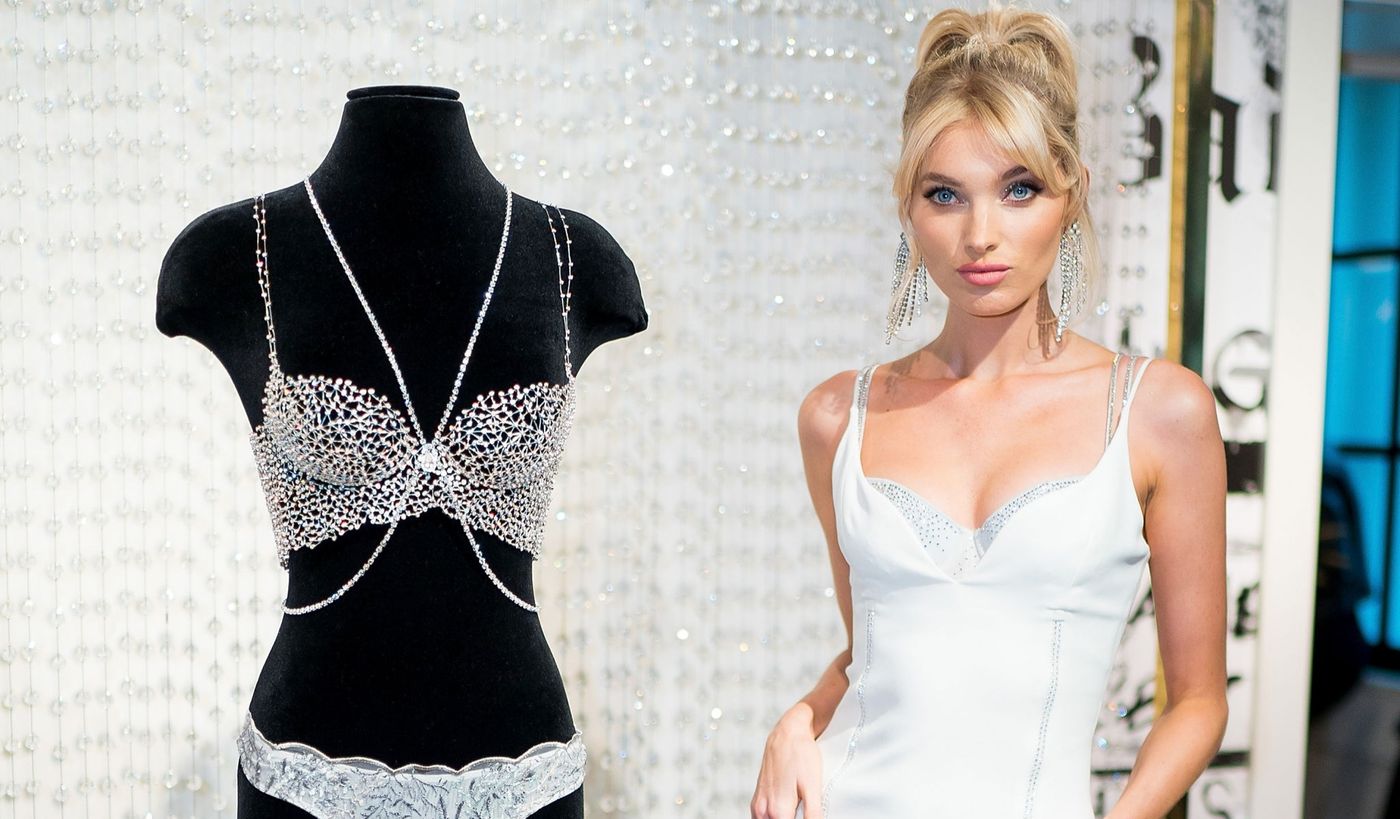 “It’s probably one of the most prestigious things that can happen to you. For me it just means that all my hard work, all these years have paid off, and I just feel honored and grateful that I was chosen to wear it. It’s special this year too because it was made by Swarovski… I know how I feel when I wear this. I’m like, ‘Oh my God!’ I’m like on top of the world.”

Elsa claims to be insecure about her ass 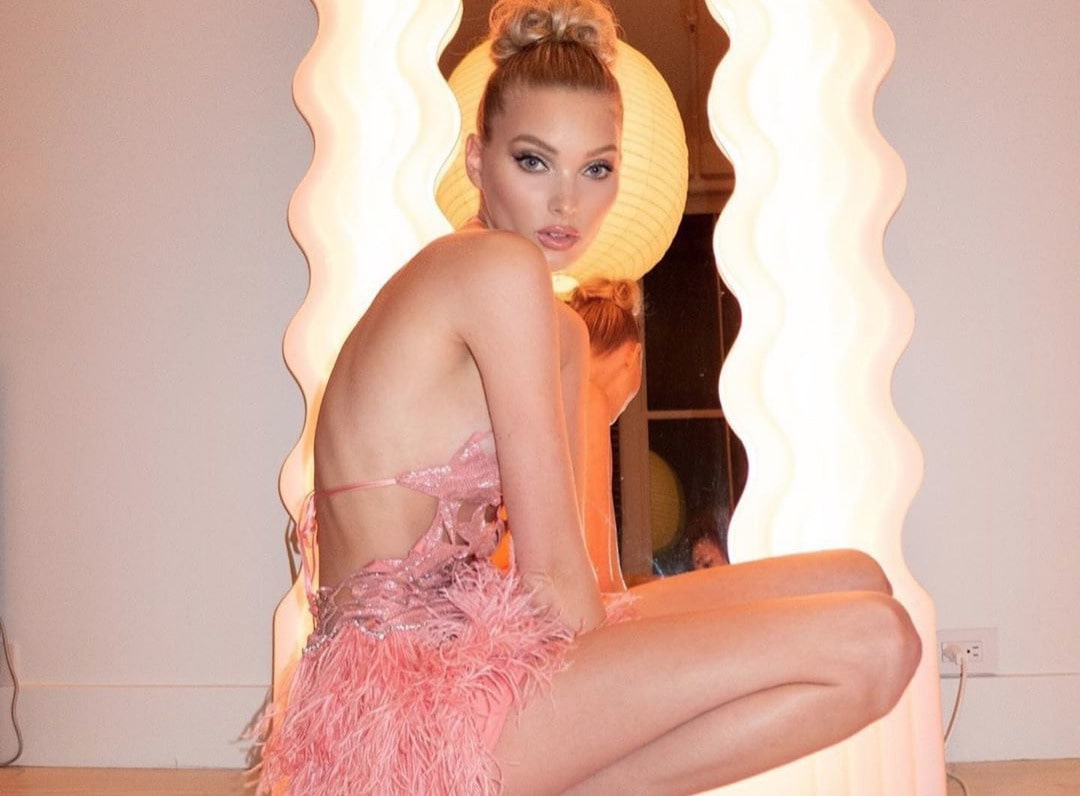 Elsa has what many people perceive to be a perfect body, but she claims to be insecure about her ass. The secret to that body is eating healthy and plenty of exercise. Elsa also says that being a full-time model helps because it means that you constantly have to be fit. She told Fashionista;

“I think for us, we have to be in shape pretty much all the time since we’re working with lingerie. So [when the Victoria’s Secret fashion show comes around] it’s not like ‘oh you need to lose a million pounds’, you just like need to tighten up. We’re pretty much ready year round.”

Tightening up for Elsa means doing a lot of butt lifts to make her feel confident about her butt. It’s the main thing that Elsa works on before a show. For most of us, it would be difficult to strip down to your lingerie in front of thousands of people, but Elsa seems to do it effortlessly.

According to Elsa, the backstage environment helps ease any tension she might have before a show. She told Fashionista;

“The funny thing is I thought I was going to be so nervous, but when I arrived there, it’s so fun backstage and everyone is screaming and dancing and I got really great advice from everybody. Chanel told me to just have fun out there. It was awesome. You get so high from the energy. It was amazing. Like a really mind blowing experience.”

She has been vocal about her struggles with alcoholism 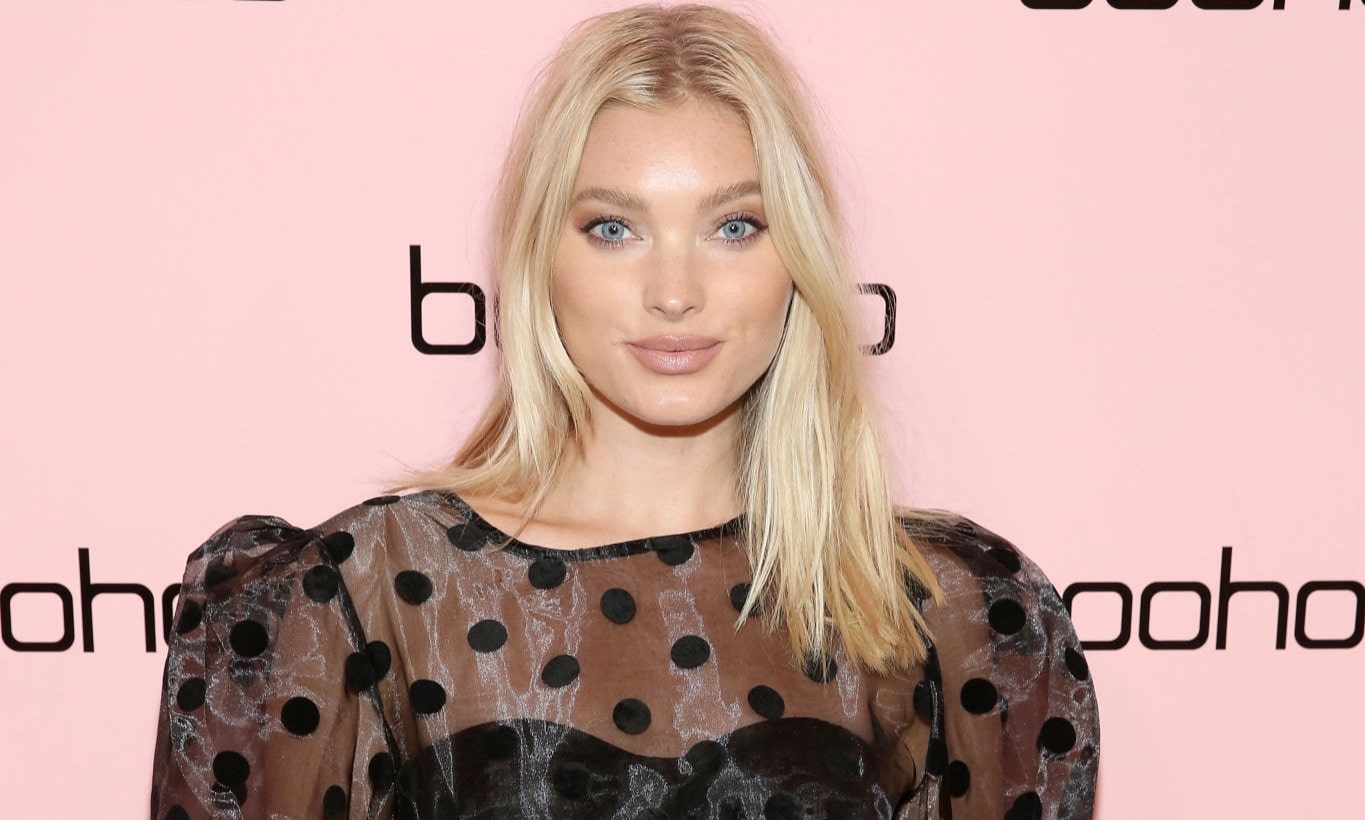 Elsa’s struggles with alcohol started when she arrived in New York from Sweden. She was living on her own, and she felt lost in a new environment. Elsa turned to alcohol, but she soon realized that it was holding her back.

Elsa celebrated 10 years of sobriety while sharing a photo from her Vogue Taiwan cover on Instagram. She posted a message which read;

“I got sober and clean and learned I was an alcoholic and that there was a whole new world out there that lived sober. I met some amazing people and friends and slowly found myself again… what followed because of that I would have never imagined. Grateful beyond words!”

Before she quit alcohol, Elsa thought that she couldn’t cope without it. She felt uncertain about a future without alcohol. However, she now describes her decision to quit alcohol as the best she’s ever made. Elsa stated in an Instagram Q&A;

“Being sober for me didn’t mean that my life came to an end (which I thought at the time) it was the beginning of a real, beautiful, big, happy successful life. Quite the opposite of what I thought! It was a struggle in the beginning because I’m an alcoholic (something you have to remind yourself of for the rest of your life) but it’s the best decision I ever made.”

Elsa also revealed that she quit smoking a couple of years ago, and she hopes that she can quit vaping one day.