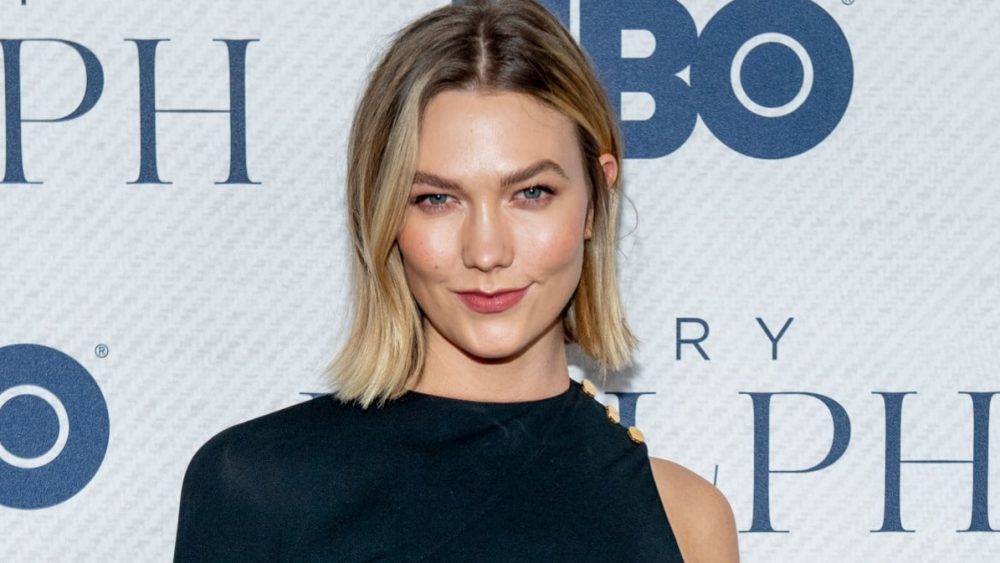 Karlie Kloss is one of the biggest models of the past decade. Kloss burst onto the scene as a tall teenage girl and quickly became a household name in the modeling industry. Karlie’s reign at the top has been due to her style and beauty, which Tyra Banks described as ‘unique and atypical.’

Kloss has owned the past decade, and at one point, she appeared on Time’s list of the 100 Most Influential People in the World. This piece will focus on Karlie’s career and marriage, her desire to give back to society, and the downsides to her fame.

Karlie was discovered during a local benefit runway show 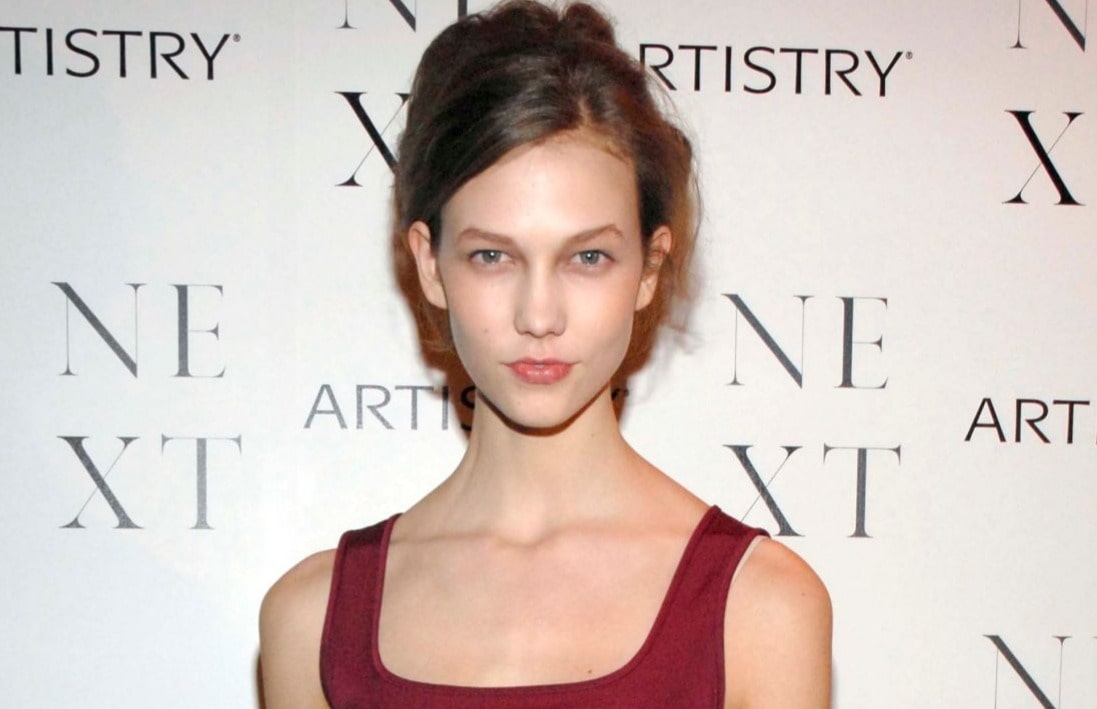 Kloss was born on 3rd August 1992 in Chicago, Illinois, to Tracy and Kurt Kloss. Karlie’s mom, a freelance director, and dad, an emergency physician, raised Karlie alongside three sisters. Karlie can trace her roots back to Germany, Denmark, and Poland.

Karlie and her family moved to St. Louis, Missouri, two years after Karlie was born. She went on to receive classical ballet and piano training. Kloss told Vogue that her classical ballet training helped her a lot when she started modeling. Karlie said;

“My ballet training was honestly the most valuable thing I could have done to prepare myself for this career… [modeling] is about movement, about rhythm, about your body and your muscles.”

At the age of 13, Karlie was encouraged to participate in a local benefit runway show at the mall. Kloss was 5’8” at the time, and she stood taller than all of her friends and some of her teachers. However, it was Karlie’s modeling skills that made her stand out during the competition. Karlie told Willie Geist on Sunday Today;

“And the reaction from the scouts and from the people in the audience was like, ‘Oh, this girl has something.’ I think they saw a very tall, lanky girl who was very innocent. But I was able to take on this different character and I really loved that. I still love that.”

Kloss was ‘discovered’ by Jeff and Mary Clarke, and two years later, she was signed by Elite Model Management. She made her catwalk debut for Calvin Klein when she was only 15 years old. Kloss then appeared in Teen Vogue before going to her first Met Gala. Karlie rounded off a perfect week by wearing Dior to prom.

Kloss went to prom with her best friend because nobody wanted to date a tall girl like her. Kloss hilariously remarked; “I could not have paid someone to date me at the time.”

Kloss became a supermodel during her teen years 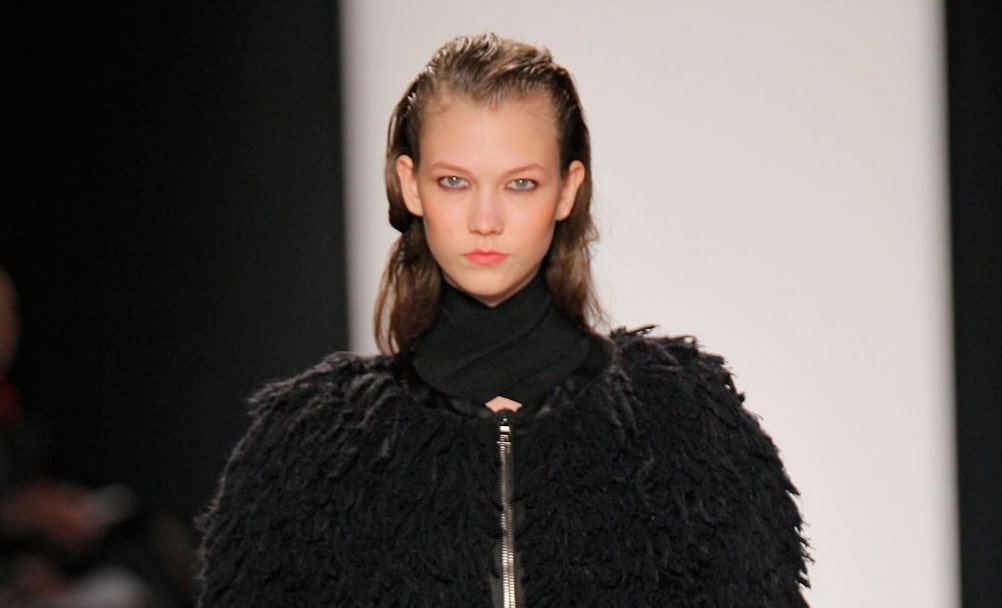 If you’re struggling to come up with an example of a supermodel, then look no further than Karlie Kloss. Karlie hit the ground running when she started modeling, and at the age of 17, she featured in Vogue Paris’ top 30 models of the 2000s.

Kloss modeled for Abercrombie Kids, before leaving Elite to sign with NEXT Model Management in 2008. That year, she modeled in fashion shows in New York, Paris, and Milan. Elite Management felt the pinch of losing Kloss to another agency, and they sued NEXT Management for illegally luring Kloss away from Elite.

The feuding agencies settled the matter outside of court, but the legal battle served to highlight how big a star Kloss was at such a young age. Kloss told Trevor Noah on The Daily Show that she couldn’t believe how fast her career grew;

“I feel really, really lucky… that [being discovered at the mall] was the beginning of a career, and I grew up in the Midwest and I had no idea that someday I would be a model – and it happened really fast.”

Karlie also became a regular feature on the cover of magazines such as Elle and Vogue. Karlie cemented her status as a supermodel before she hit the age of 20.

Karlie’s unique runway gait made her stand out 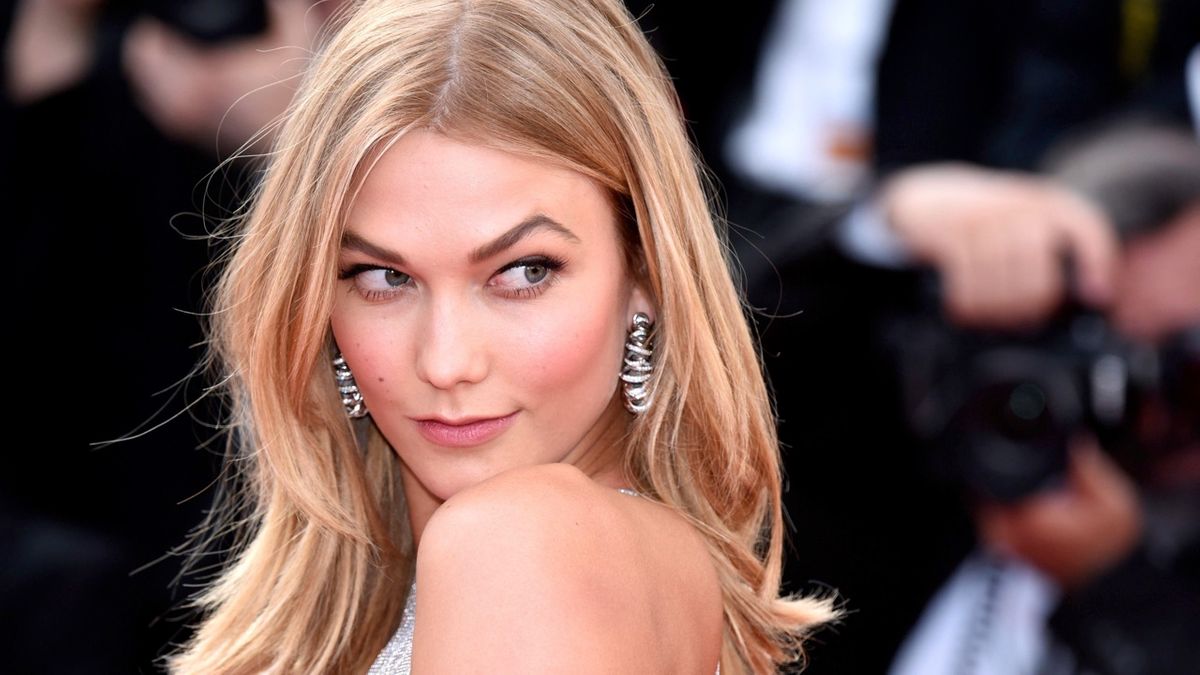 Kloss became an instant hit in the modeling world, mainly because of her unique runway gait. Kloss referred to her gait as ‘moody’, but it was Sarah Kaufman’s 2011 article in The Washington Post that best described Karlie’s walk;

“She has a way of moving – at once soft and powerful – that goes beyond simple locomotion. Think of the breaking surf, swallows in flight, breezes through palm trees.”

The walk made Karlie unique, and as a result, her career continued to soar. In 2011, she signed her third deal in a row with Christian Dior and made her first appearance in the Victoria’s Secret Fashion Show. Kloss continued to appear in campaign ads and on magazine covers in 2012 and 2013.

In 2013, Kloss participated in ad campaigns for Lanvin, Lacoste, Donna Karan, and Louis Vuitton. Kloss would go on to appear in more ad campaigns, and in May 2016, she became the face of Swarovski.

Kloss caused a stir when she terminated her contract with Victoria’s secret. It was initially thought that she quit to focus on her studies, but she later told Vogue UK that she quit because of feminist reasons. She said;

“The reason I decided to stop working with Victoria’s Secret was I didn’t feel it was an image truly reflective of who I am and the kind of message I want to send to young women around the world about what it means to be beautiful.” 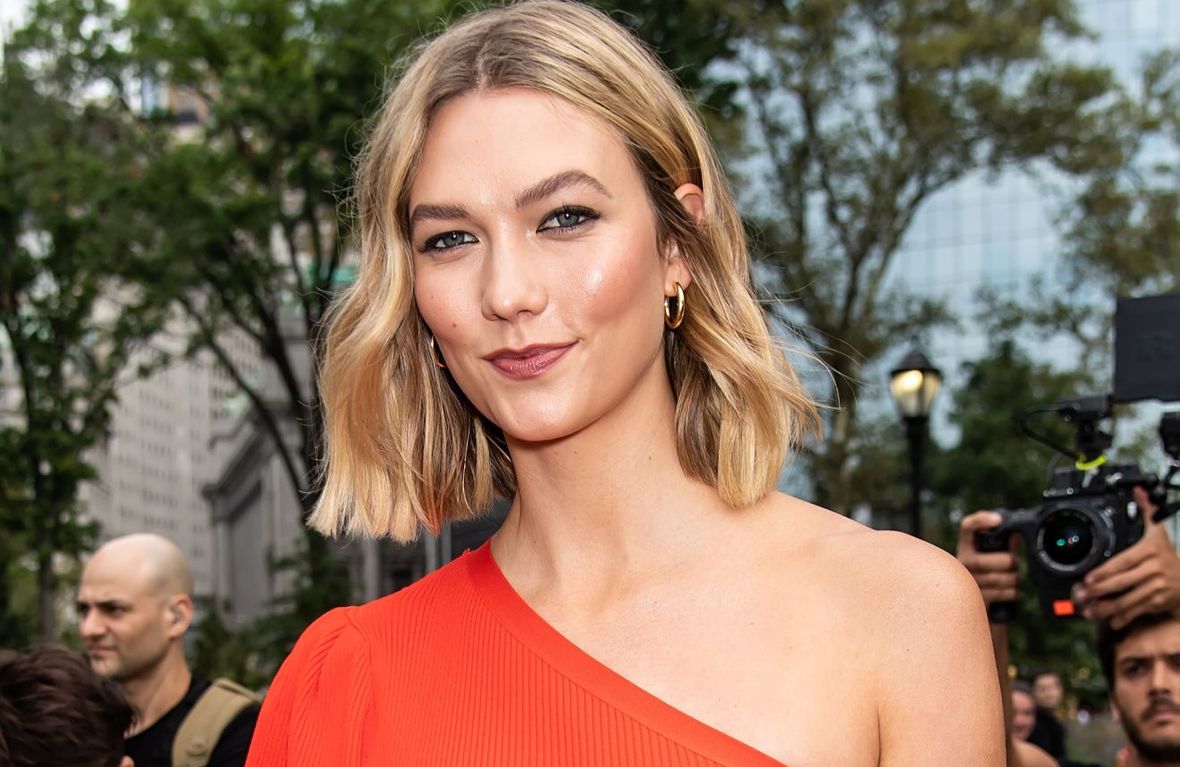 Karlie took a break from modeling entirely when she realized that designers were refusing to work with her after she went from a size 0 to a size 4/6. Kloss told Vogue;

“I started taking birth control, and my body became more womanly – hips and thighs appeared. I started losing jobs; I wasn’t getting booked for the runway; designers stopped working with me. If felt as if my world had been turned upside down.”

Kloss didn’t let the disappointment affect her, and she decided to go back to school. She took a coding course at Flatiron University and enrolled in classes at New York University. For Karlie, taking a coding class was fulfilling a childhood dream. Karlie was always the nerdy one among her sisters, and her favorite subjects were math and science.

“We used to joke that Karlie was the nerdy one. Imagine an adorable first-grader having fun with science experiments, that was Karlie every day. She loved learning.”

Kloss is the founder of scholarship program Kode with Klossy 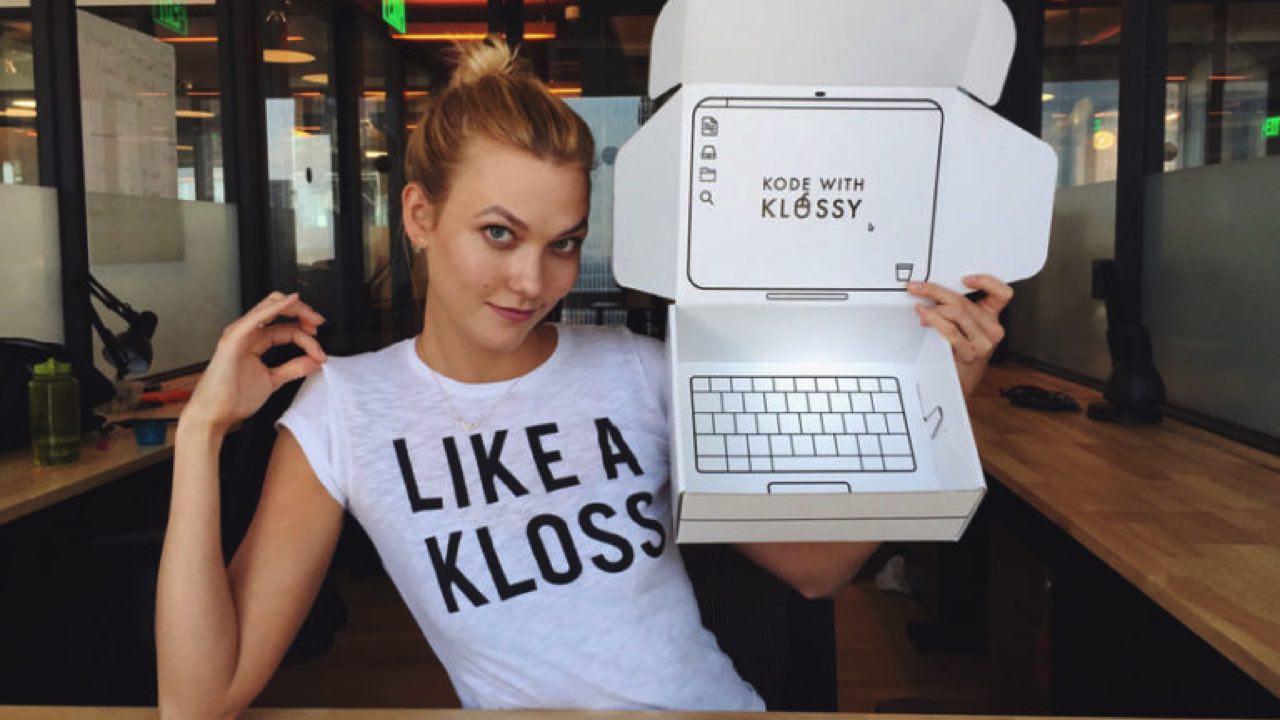 Kloss started the scholarship program Kode with Klossy on the advice of Flatiron School co-founder, Avi Flombaum. The program targets young women aged 13-18 and gives them training on how to become better coders. The Kode with Klossy site states;

“… program for young women 13-18 years old will teach you to build real-life apps whether you’ve never written a line of code or you’re a full-fledged hacker. The scholarship is for anyone who’s passionate and interested in learning a new superpower.”

Kode with Klossy is part of Karlie’s campaign to get women more involved in STEM subjects. Kloss wants to use her voice to empower women to become whatever they want in society. Kode with Klossy isn’t Karlie’s first charitable foray.

In 2012, she partnered with Momofuku Milk Bar to create and sell her gluten-free Karlie’s Kookies. The proceeds were donated to Lauren Bush’s FEED Projects, which focus on providing meals to children in need.

Kloss got married to business man Joshua Kushner in 2018 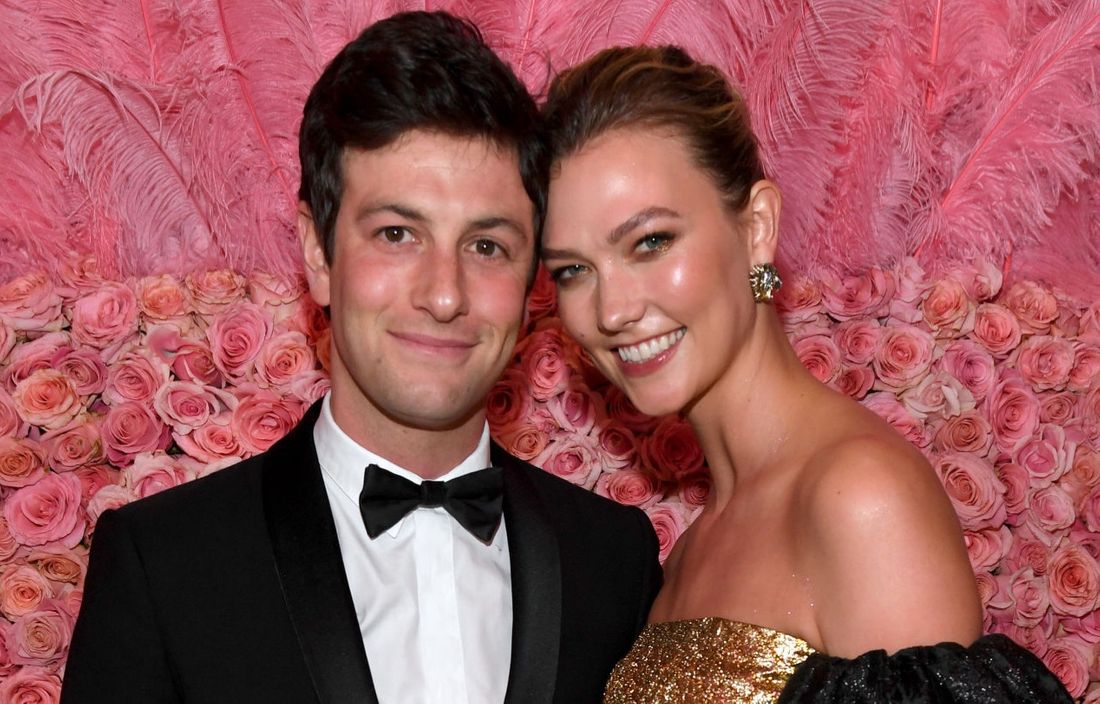 Karlie met Joshua Kushner in 2012, and they started dating. They kept their relationship low key, and both of them shied away from talking about the relationship. Karlie stuck to modeling during her interviews while Joshua rarely talked about anything other than business.

Kushner proposed in July 2018, after six years of a largely secret relationship. Karlie had to convert to Judaism before marrying Kushner. However, according to Kloss, converting to Judaism was something that she had been contemplating for a while, and she didn’t do it just to facilitate her marriage. She told Vogue;

“It wasn’t enough to just love Josh and make this decision for him. This is my life and I am an independent, strong woman. It was only after many years of studying and talking with my family and friends and soul searching that I made the decision to fully embrace Judaism in my life and start planning for a future with the man I chose to marry.”

Karlie and Kushner tied the knot in October 2018, in an intimate affair featuring 80 of their closest friends and family. The ceremony took place in upstate New York, and it included a traditional Jewish ceremony. The couple then followed that intimate ceremony up with a big country-western-themed wedding party in Wyoming.

Karlie is fully aware of the downsides of being celebrity 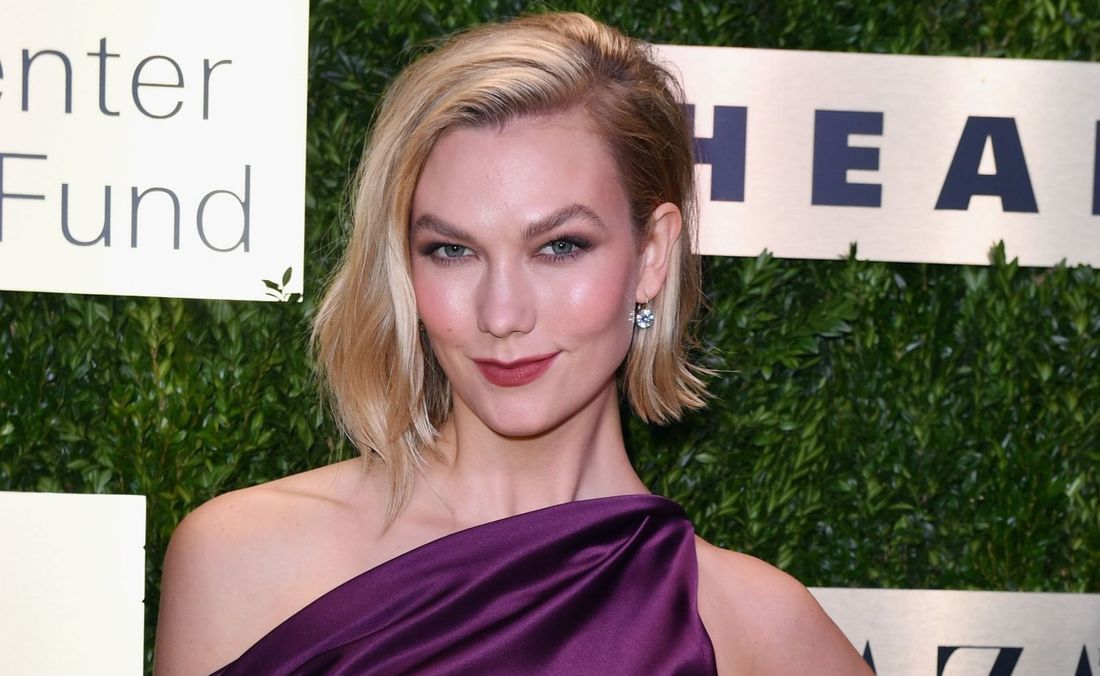 Fame has brought its fair share of good tidings, but at times, it has proven to be a burden for Kloss. The biggest focus for tabloids has been Karlie’s relationship with Kushner. Kushner’s brother, Jared Kushner, is married to Ivanka Trump, and he is one of President Trump’s main advisors. This affiliation with the Trump government has led to an increased focus on Karlie and Kushner’s relationship.

Karlie’s political inclinations have been questioned time after time despite coming out as a strong Clinton supporter during the 2016 election. Kushner has also stated that he is guided by liberal values. Karlie told Vogue;

“It’s been hard. But I choose to focus on the values that I share with my husband, and those are the same liberal values that I was raised with and that have guided me through life.”

Another issue that never seems to go away is Karlie’s relationship with her famous friend, Taylor Swift. Karlie keeps denying that there is a rift between the pair, but media outlets keep reporting that all is not well between them.

The attention that Kloss gets is hard to live with, but she has stated that she wouldn’t swap the life she with another one. She told Porter Magazine;

“I have this extraordinary life, but also this very normal life. I think I’m totally normal and boring in a lot of ways. Maybe I’m way off the base, but I wouldn’t want it any other way.”