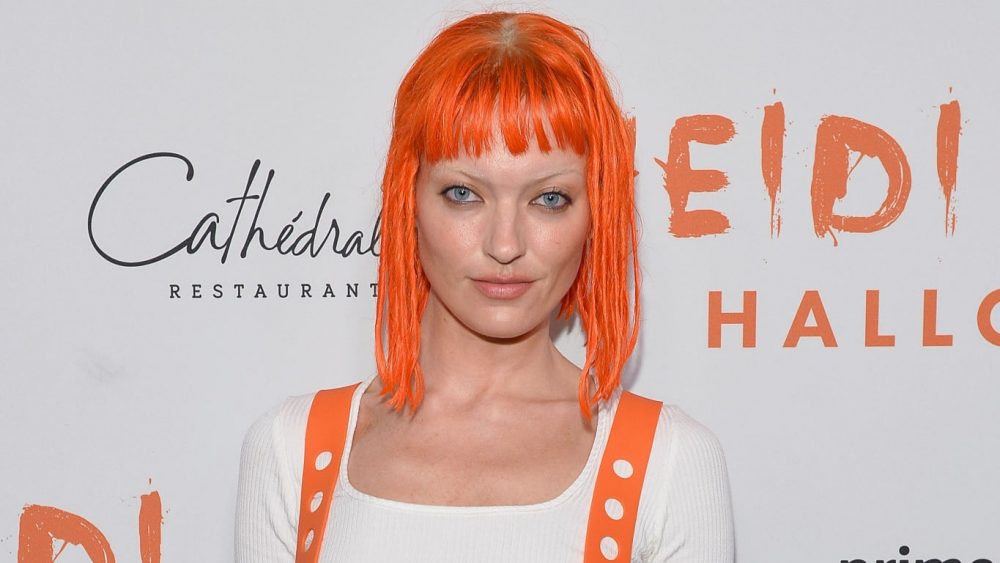 Martha Hunt was always destined to be a model. Ever since her younger days, people could see that she was a star, and she has proven everyone right. Everything about Martha is photogenic. She has a set of deep blue eyes and a fluid runway walk that captivates anyone who dares to watch.

Hunt is a heavyweight in the modeling world, and she has traveled to the ends of the world to showcase her talents. She has been modeling for a while, and it doesn’t seem like she is about to ditch the runway. This piece will focus on Hunt and the obstacles she had to overcome to become the supermodel we know today.

She was discovered by a photographer in North Carolina 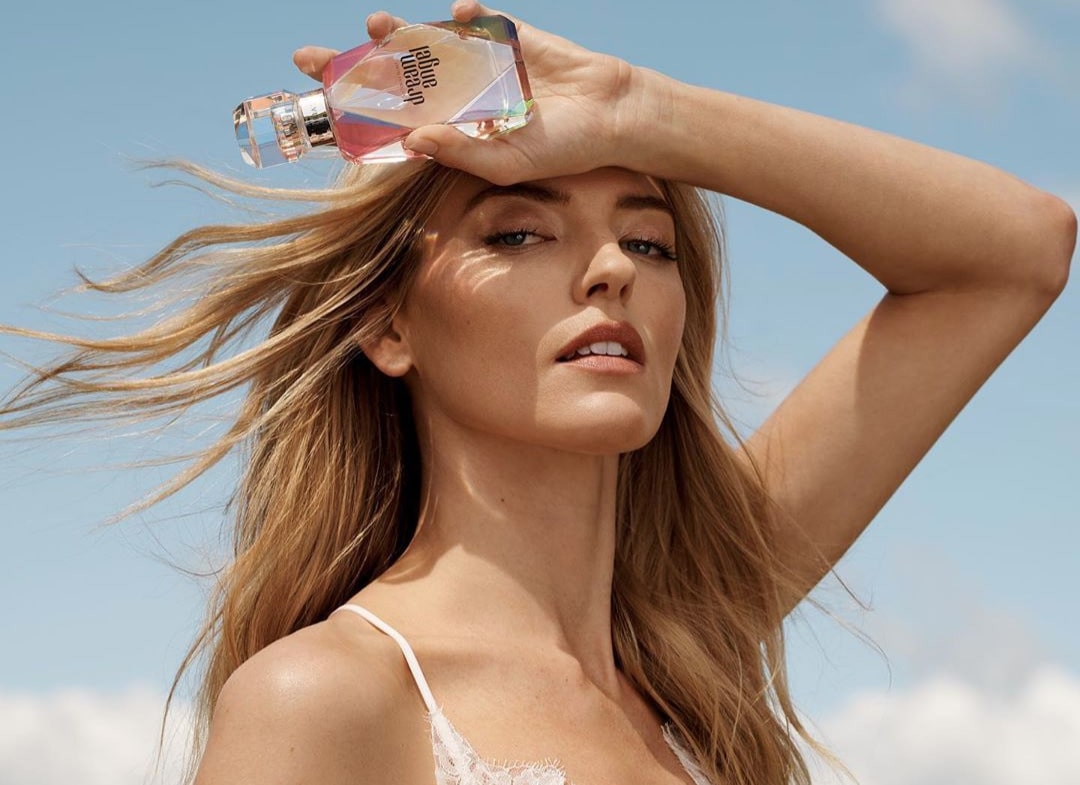 Martha Seifert Hunt was born on 27th April 1989 in Wilson, North Carolina. Martha’s potential as a model was obvious during her pre-teen years, and her parents were repeatedly advised to convince Martha to try out modeling. Martha had her appendix removed when she was young, and the doctor also advised her to try out modeling.

However, modeling was more of a fantasy than a legitimate dream for Martha. Nevertheless, Hunt decided to enter a model search competition that she heard about over the radio. Martha’s parents drove for 4 hours to Charlotte, North Carolina, and they soon discovered that the drive was worth it.

Martha was the standout girl in the competition, and she received the most callbacks from scouts. Martha’s parents chose to stick with one photographer who introduced Martha to modeling agencies in New York City. She signed with an agency in New York at the tender age of 13.

Hunt appeared to have a bright modeling future, but she chose to focus on her studies first while modeling part-time.

She was diagnosed with idiopathic scoliosis at the age of 15 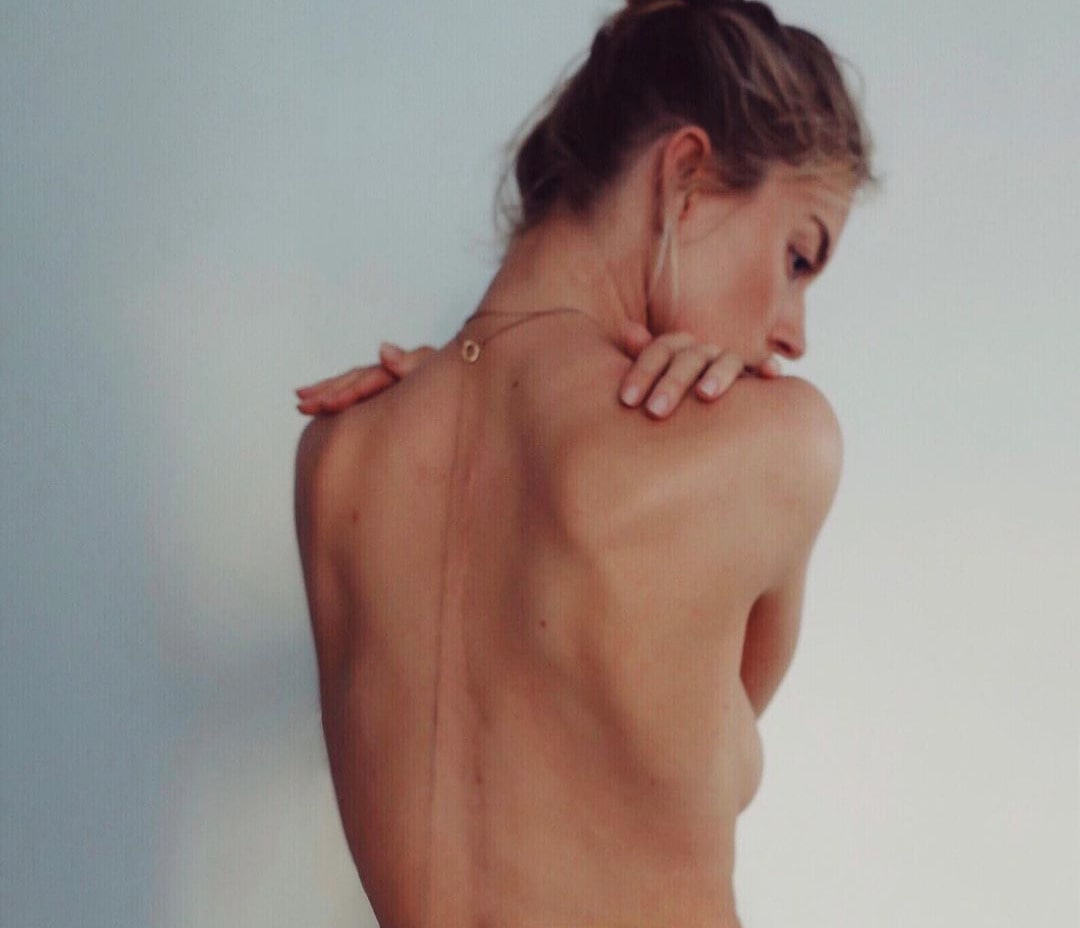 Martha began to notice that her body looked asymmetrical at the age of 14. She told her parents, but they brushed her off, thinking that it was typical teen insecurity. However, a year later, Martha’s parents started to take her more seriously when it became clear that her waist came in further on one side, and that her right shoulder blade protruded further than the left one.

A doctor diagnosed Martha with mild idiopathic scoliosis, but he also stated that the condition was common among young women. He advised that all Martha had to do was keep an eye on it. Later, Martha learnt that a brace would have helped her back during early phase scoliosis. Without a brace, Martha’s condition worsened, and it got to a point where she had to put pillows under her back after being active during the day.

By the time she was 17, clients had already started noticing Martha’s back condition. Scoliosis had affected her entire body shape. Martha stated on the Scoliosis Research Society blog;

“I felt that my body had betrayed me. The changes were undeniably more apparent physically. My body leaned to my left side and my waist curved on my right side, but not on the left. My balance was off, one shoulder was considerably higher and my hips were uneven. All red flags.”

Martha was referred to a specialist in Greenville, and he advised that posterior spinal fusion surgery was the best option for her. At that point, Martha couldn’t deal with the pain anymore, and she agreed to move forward with the surgery. She completed her senior year in high school, and had surgery after graduation.

The surgery was a success, and on the plus side, it gave Martha one and a half inches extra in height. The recovery was tough, but with the help of her family, she pulled through.

She deals with the effects of her surgery through constant exercise 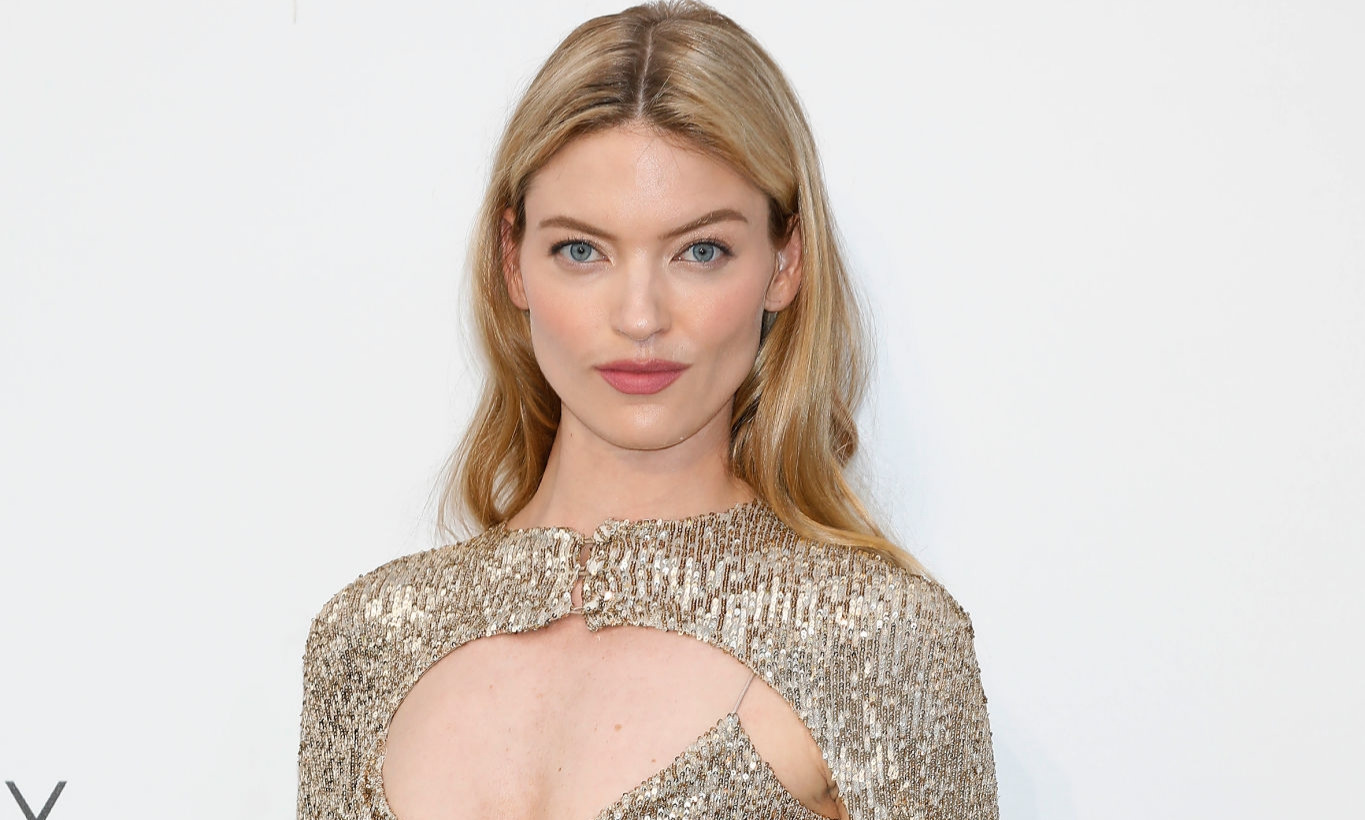 Several months after her surgery, Martha was skeptical about pushing her body too much. However, she knew that the only way to fully recover was through working out. Hunt started working on low impact exercises and yoga to strengthen her back. Martha wrote on the Scoliosis Research Society blog;

“I also learned the importance of working out for function and doing low-impact exercises the correct way to help protect my joints and back. Although I lived with the negative stigma of scoliosis, I turned it into a positive thing in my life. It was my ultimate motivation for a strong body and strong mind.”

Scoliosis is a condition that Martha has to manage for the rest of her life. Modeling can be very demanding physically especially when Martha has to travel, and so, she has developed a routine to keep her fit when traveling. She told Free People;

“Fitness is very important to me because it helps give me a routine when I travel. It gives me one hour of ‘me’ time, and passes the time when I’m lonely. Living with Scoliosis serves as a constant reminder to keep my core and back strong. If I get lazy, I feel it in my back first.” 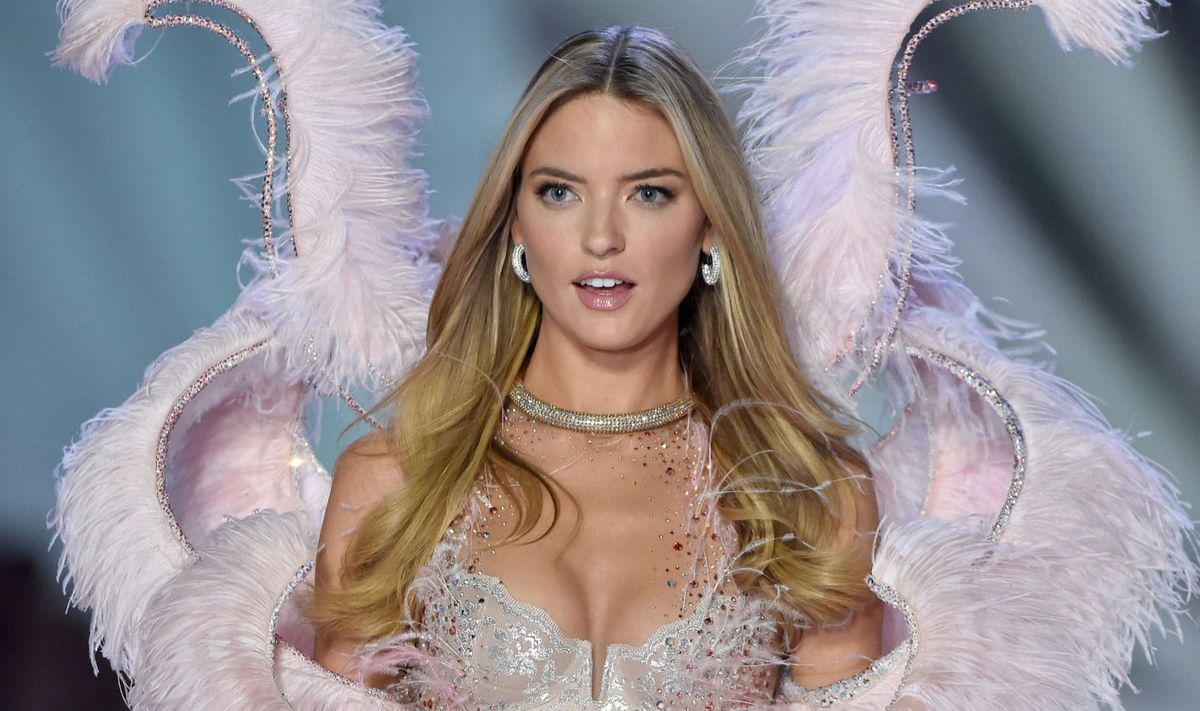 After recovering from surgery, Hunt decided to return to modeling. She was insecure at first because she thought that her walk was to stiff. To Hunt’s surprise, she received invitations to model on runways all around the world. In 2009, Martha appeared on the covers of Vogue China, Harper’s Bazaar, GQ, Revue des Modes, V, Glamour Germany, and Muse.

Martha signed with IMG models in 2012. She stated on the Scoliosis Research Society blog;

“… I ended up signing with one of the top modeling agencies, IMG, and my life changed completely. To my surprise I was getting booked for the biggest designer runway shows in New York, Milan, and Paris. Finally breaking through and being cast for the most elite shows, I proved to myself that I could overcome any obstacle with perseverance.”

She is determined to give back to society 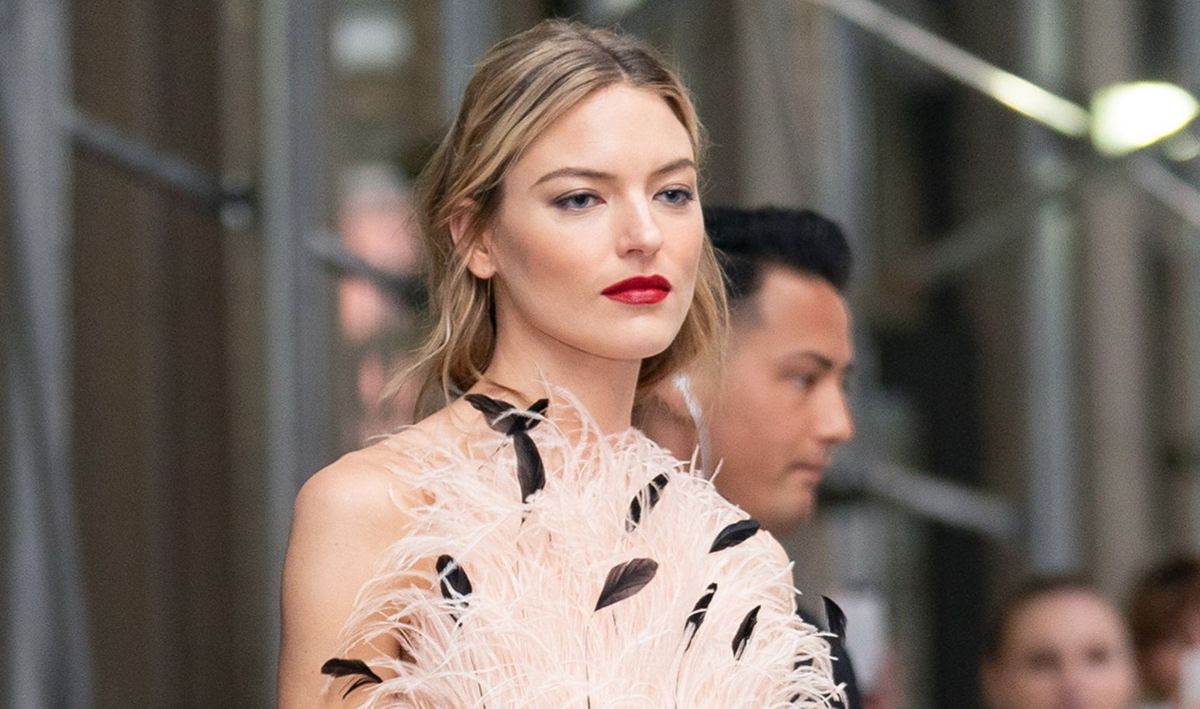 Martha is also part of Housing Works’ Design on a Dime campaign. According to the organization’s website, Housing Works is;

“… a healing community of people living with and affected by HIV/AIDS. Our mission is to end the dual crises of homelessness and AIDS through relentless advocacy, the provision of lifesaving services, and entrepreneurial businesses that sustain our efforts.”

She is in a relationship with photographer Jason McDonald 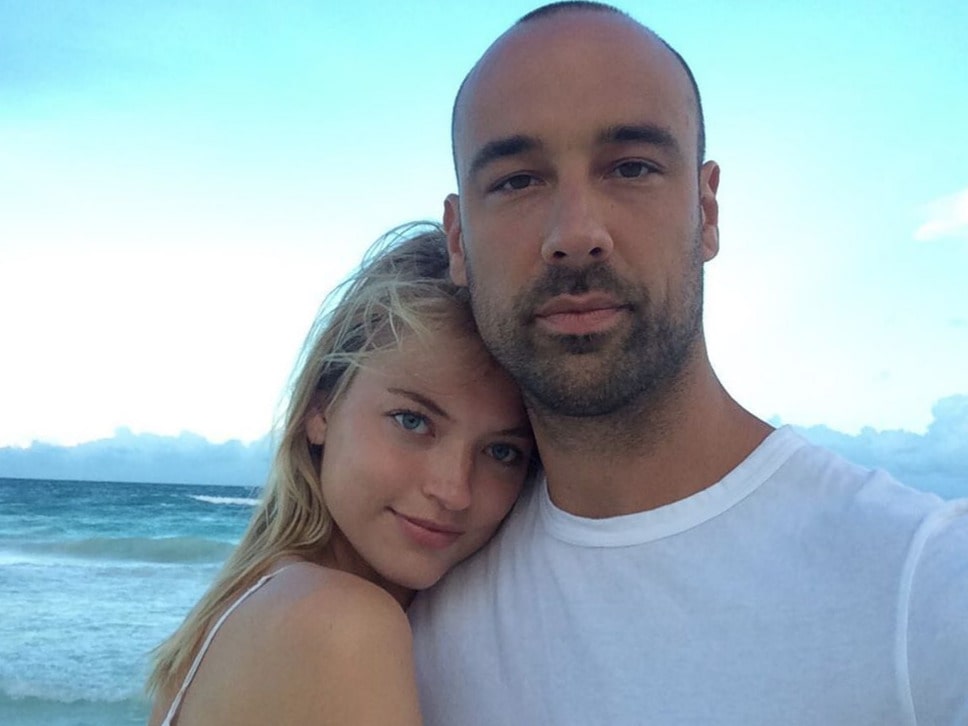 Hunt has been in a relationship with Jason McDonald since 2015. The couple met during a Free People campaign shoot, and they have been together ever since.

Jason features a lot on Martha’s Instagram page. She recently posted an Instagram photo of herself and Jason along with the caption; “Grateful for this hunk,”