The Untold Truth Of Taylor Hill 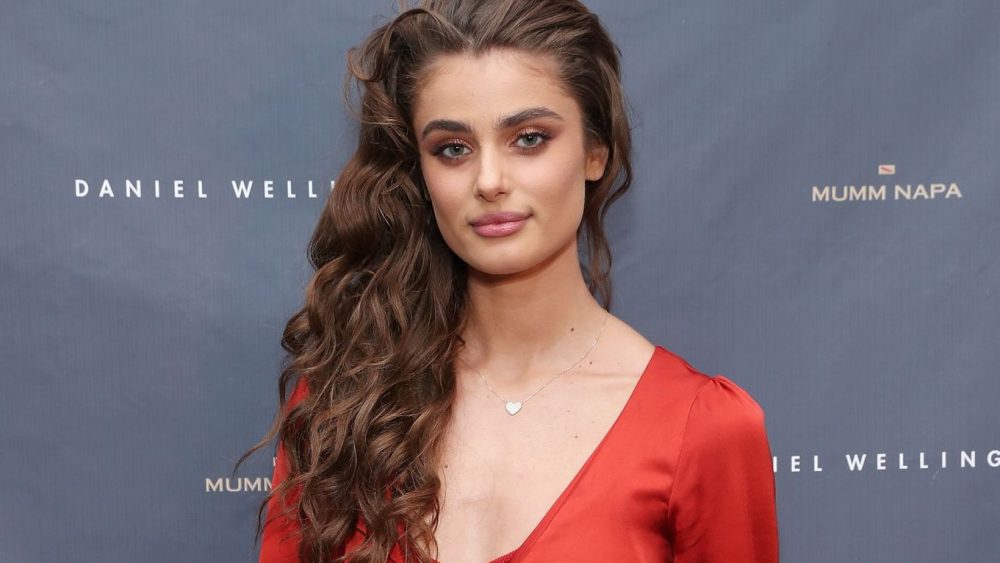 Taylor Hill is a very famous woman. You might not know her name, but you must know her face. She is headlining magazines and fashion shows all around the world. Taylor Hill is the next big thing in the modeling industry.

Being a model, she is a famous figure. However, there is much more to her than meets the eye. Keep reading to find out more about Taylor Hill.

She was discovered at a dude ranch 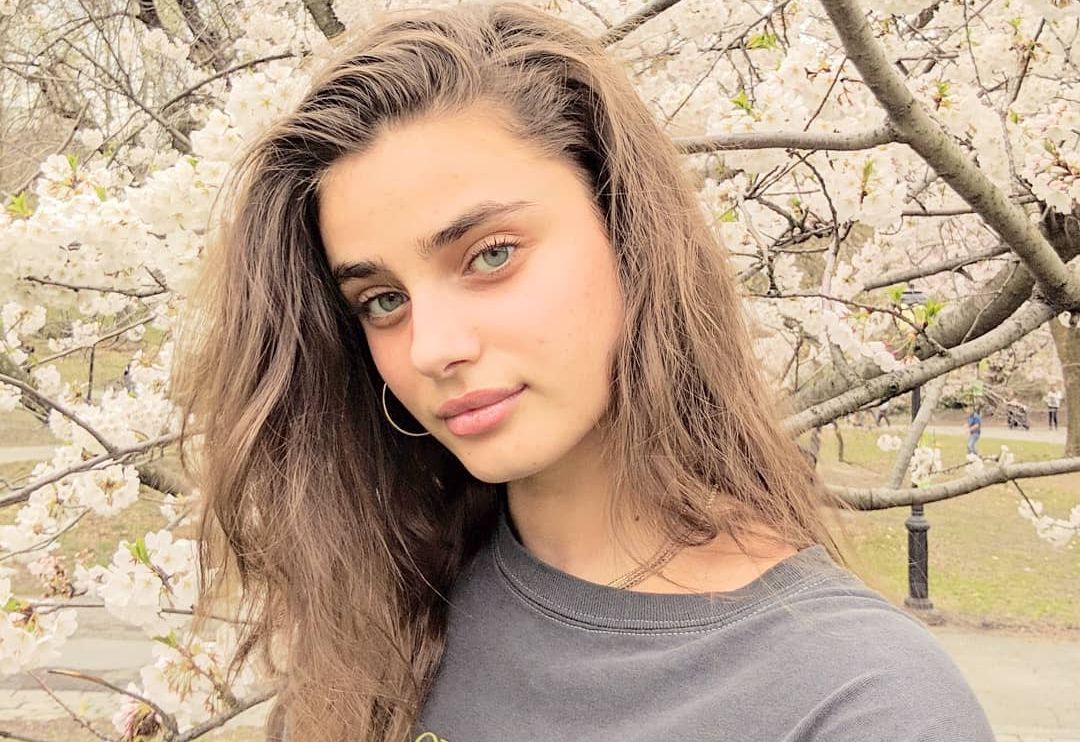 Taylor grew up in the town of Granby in the state of Colorado. She loves horses and, the closest place she could ride horses was at a ranch that was in her home town.

It was at this dude ranch that Jim Jordan discovered her. He took a few photos of her while she was riding a horse and immediately recognized her potential. Jim approached Taylor and offered her the opportunity to become a top model in New York.

He told Taylor that she had the potential to travel the world as a model. Taylor pitched the idea to her parents, but they didn’t arrive at a decision immediately. Taylor’s father was protective of her daughter, and he decided to find out more about Jim Jordan.

Jim managed to convince Taylor’s dad that he wasn’t a fraud. Taylor’s dad finally allowed Taylor to go for an interview in Los Angeles. Hill was only 14 at the time and, so her parents accompanied her to the interview.

Jim took some photos of her at the interview, and he submitted them to various agencies in Los Angeles. Jim’s marketing plan worked and, after a few days, Taylor signed a modeling deal with Ford.

The move into modeling was a huge step up for a girl who was bullied in high school. Taylor never felt like she fit in with any group during her schooling days. She was insulted because of her height and because she was skinny. The bullies referred to her as “tall, skinny Taylor.”

The high school bullying she received meant that she was initially pessimistic about trying her luck as a model. However, she was inspired to prove the doubters wrong. It’s safe to say that no one doubts her now. 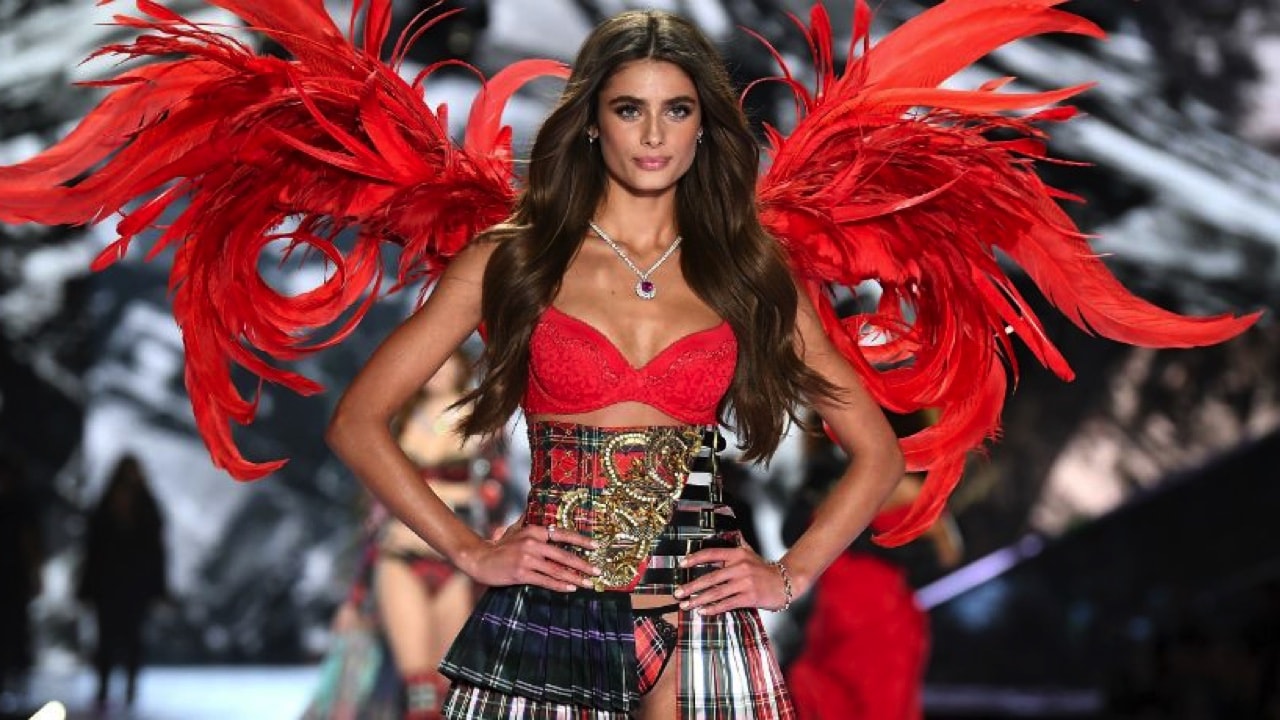 Taylor’s star continued to rise after her first audition and, in 2013, she modeled for the Italian clothing brand, Intimissimi. That same year she auditioned for Victoria’s Secret. After her interview, she thought that the company would pass her over because she swore too much.

However, in 2014, she became the youngest model on the Victoria’s Secret rotation at the age of 18. 2014 was a great year for Taylor since she got to model for Rosa Cha alongside Frida Gustavsson, Barbara Palvin, and Erin Heatherton.

In 2015, Taylor became the youngest Victoria’s Secret Angel. It was a massive achievement for the small town Colorado native. She described her experience with Victoria’s Secret on a YouTube video posted by the lingerie giant;

“Victoria’s Secret takes on new girls and, they teach them how to be themselves. Like beautiful, like look at how gorgeous you are and, look at all the things that you can do. They kind of give you a voice to be an influence in the world and be a role model, which is very cool. I think, becoming an Angel is like becoming an official role model for young women.”

Taylor also won the Model of the Year award in social media at the Fashion Media Awards. A year later, she debuted at number 17 on Forbes’ Top-Earning Models list.

Taylor has made multiple appearances on magazines such as Vogue, Elle, Pop Magazine, Glamour, and many more. She has also worked with top fashion designers such as Armani, Versace, Dolce & Gabbana, Fendi, Givenchy, Tommy Hilfiger, and many more.

Hill has achieved a lot and she is only 23. The future looks bright for this young supermodel.

She aspires to be an actor 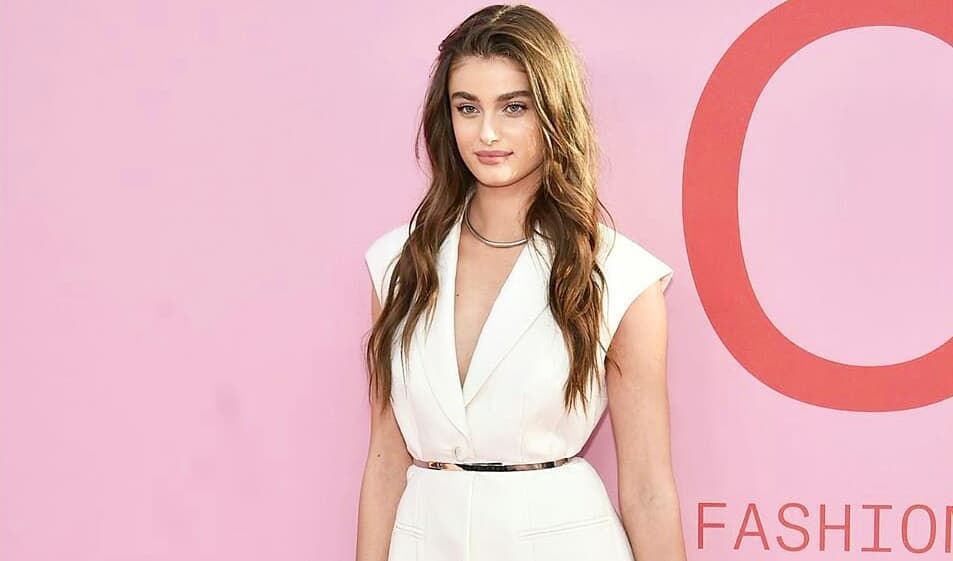 Taylor has already made strides into the film industry. In 2016, she played the role of a model in the film The Neon Demon. She has also appeared in a couple of TV series. Her latest role is in the series, Too Old to Die Young. Taylor confessed that her experience with the series’ director, Nicholas Refn, fueled her desire to do more work as an actor.

Hill has always desired to be an actor. However, she can only perform roles that fit into her modeling schedule. She also admits that it is difficult to focus on two careers at the same time.

Taylor has shown promise as an actor in her appearances on screen. She hopes that she can become a star actor sometime in the future. At the moment, her focus is on her modeling career.

She works with her family 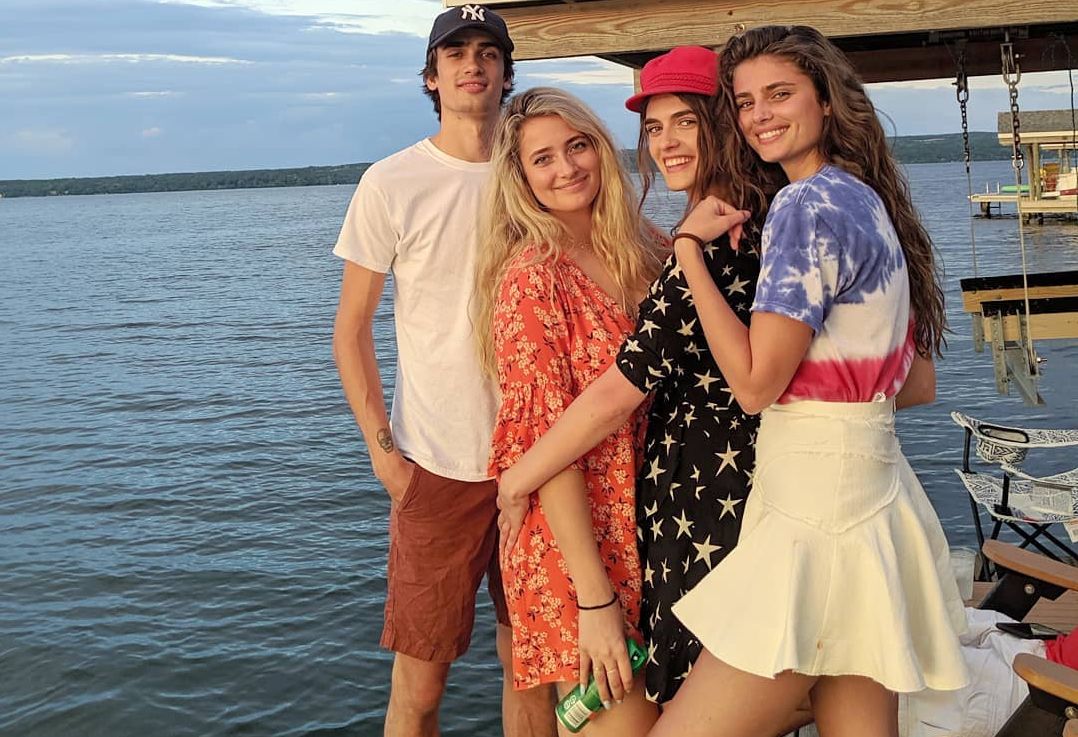 Taylor grew up in a tight-knit family of 6 in Colorado. Her parents raised her alongside her siblings, Logan, Chase, and Mackinley.

The family grew up as a tight-knit unit, and they have entered the world of modeling together. Before they were famous, they used to host their own YouTube show. The siblings have stuck together and, they are all IMG models except for Logan, who is a photographer.

Taylor described how it feels to work with her family on an interview with Harper’s Bazaar:

“I love having my siblings in the business. We understand each other and what we do. My older sister is a photographer and I’ve gotten to shoot a few jobs with her and love it. It’s just so much more fun when I get to be with my family. We goof around and joke with each other.”

Logan lives in Los Angeles while the other siblings live in New York. Despite the distance, the siblings always make time to spend with one another.

The siblings also maintain a close relationship with their parents. Their parents often fly out to meet up with their children. Taylor also goes back home to spend time with her family during the holidays.

She is in a relationship with actor and model, Michael Shank 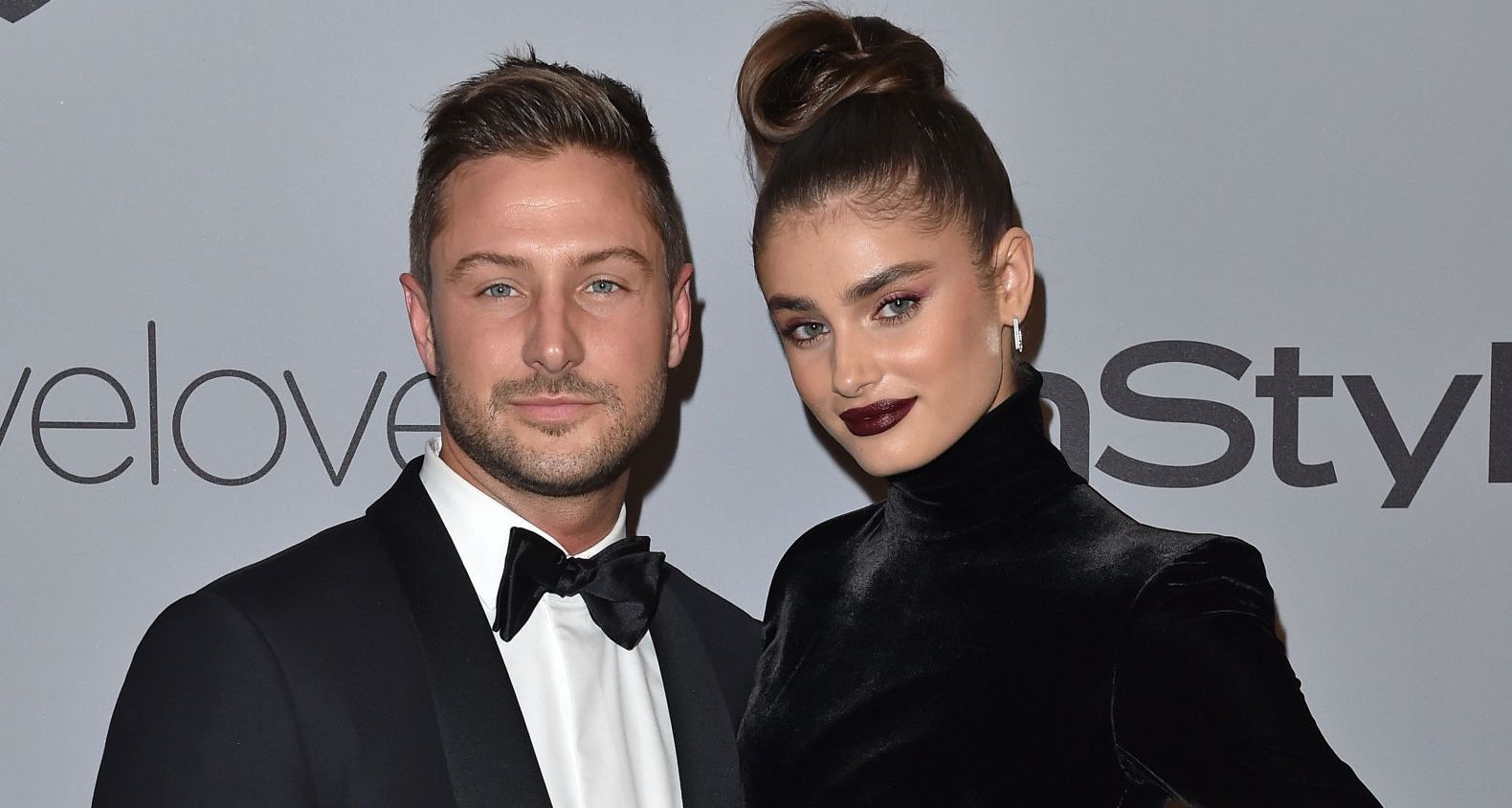 Before she met Shank, Taylor’s didn’t have a lot of luck when it came to relationships. She revealed to Teen Vogue that her first kiss was in kindergarten and she feels like she wasted a special moment.

In high school, she dated a boy called Jordan Jack. However, he didn’t take the relationship seriously, and he only attempted to get back to her when she became famous.

At the moment, she is in a fulfilling relationship with the famous actor, Michael Shank. He is best known for his role in the TV series, The Bold and The Beautiful. Shank and Taylor are in the fifth year of their relationship.

Taylor told The Zoe Report that the secret to maintaining a happy relationship is respect and open-minded communication. The two of them have demanding careers that take them to different places all around the world. However, Taylor revealed that they try as much as possible to make time for each other:

“Making time for each other is like making a point to be together. If he has to come with me to a certain location while I’m working, then we try to have fun while we’re there…We focus in having fun and being nice to each other because life is too short to be unhappy.”

The couple shares their best times on social media and, it’s clear to see that they are in love. Taylor and Shank have spent five years together, but it is unclear whether they wish to take their relationship to the next step. Taylor’s fans can’t wait to see an engagement ring on her finger.

She is an inspiration to women everywhere 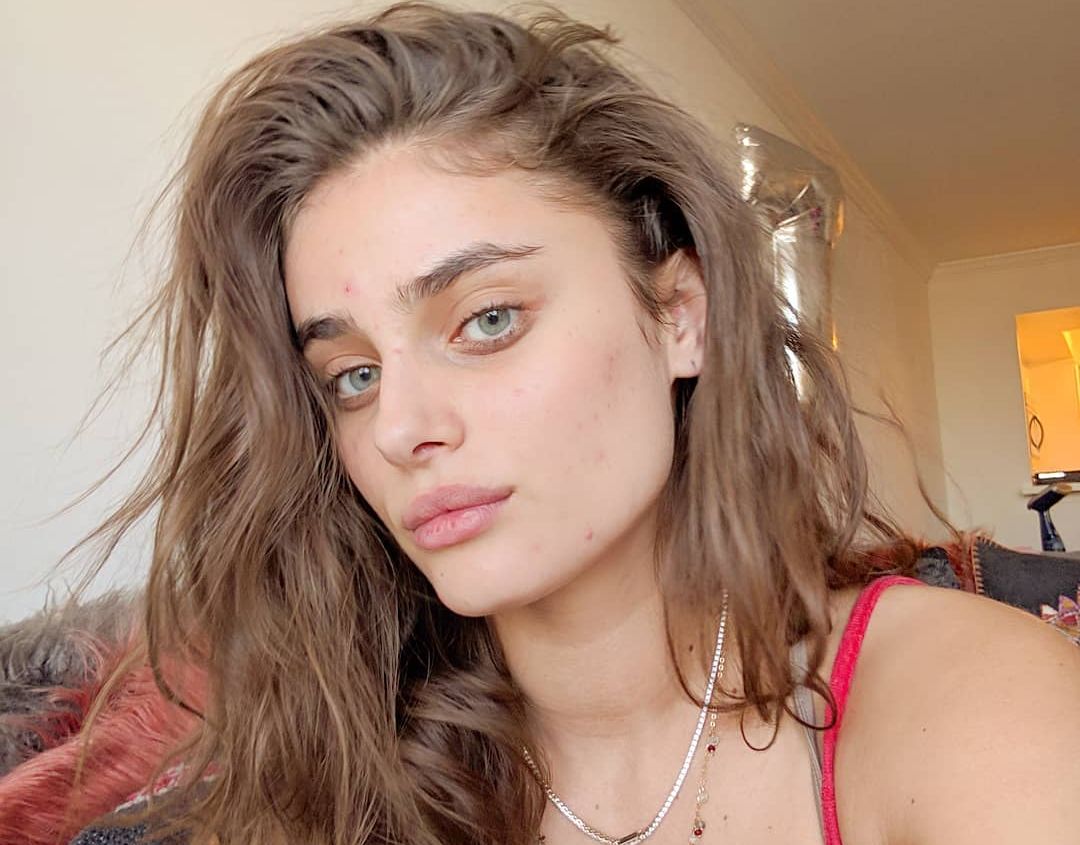 People see models as symbols of perfection. They parade their perfect bodies and faces on the catwalk and on social media. Most models try to uphold this perfect image, but Taylor is not one of those models.

Taylor’s Instagram page has some no-makeup selfies that reveal her skin issues. These photos serve as inspiration for women with skin issues like acne. Taylor admits that she didn’t post the photos with the intention of inspiring women, but she is glad that her selfies serve as motivation for women.

She hopes to start her own businesses 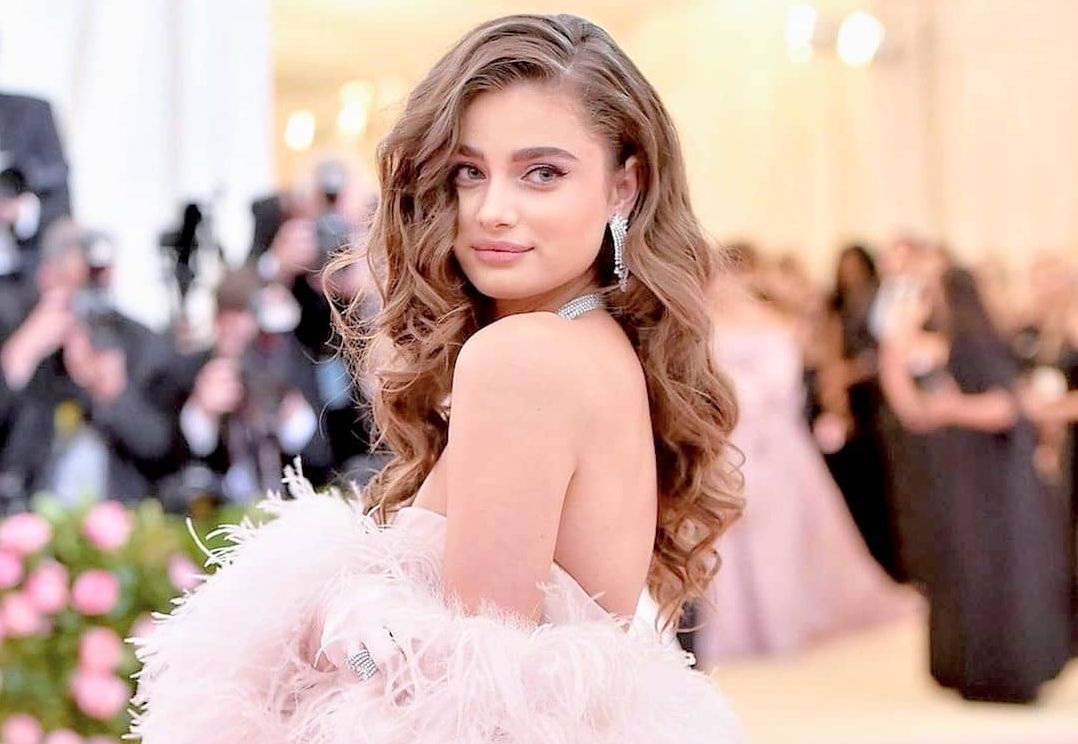 Taylor revealed to Harper’s Bazaar that she would love to start her own business but she isn’t in a rush to do it;

“I’m definitely interested in starting my own business, but I’m still quite young and I want whatever I create to feel organic to who I am as a person…I’m not rushing it so we’ll see what happens!”

The world is eagerly waiting to see what Taylor Hill plans to do next.