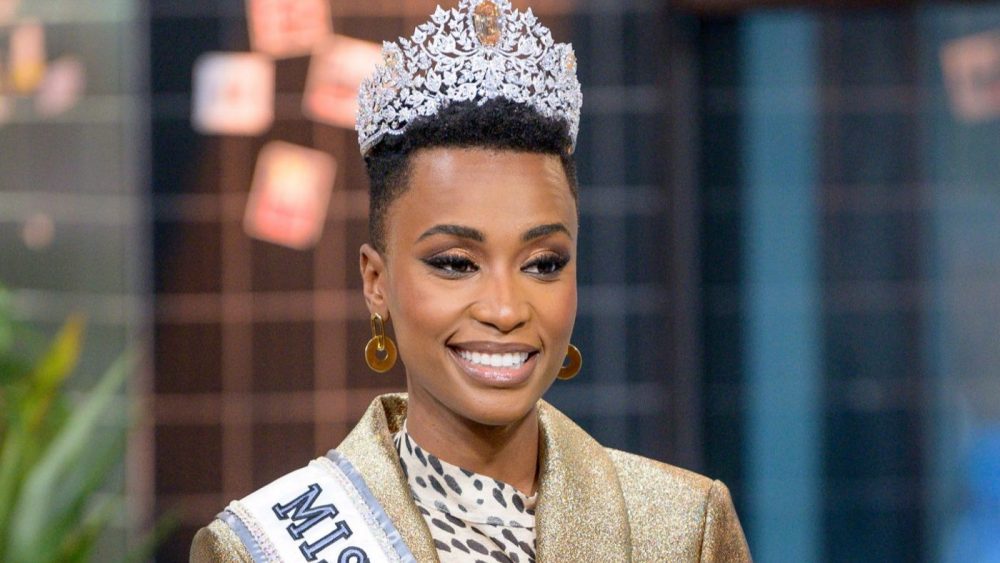 Zozibini Tunzi’s Miss Universe win has been heralded as a victory for black women all around the world. The values that Zozibini holds dear have travelled the globe in a manner that few thought possible. The force behind Zozibini’s success is her fearless authenticity and commitment to creating a better environment for women to prosper.

Tunzi believes that everybody can draw something from her win. She wants people to embrace their uniqueness, and go for things they previously thought impossible. Zozibini carries both outward and inner beauty that has been cultivated over many years by the people she grew up with, and the experiences she has gone through.

This piece will explore her truths as you see how a shy girl from South Africa evolved into a beacon of hope and change for the entire universe. 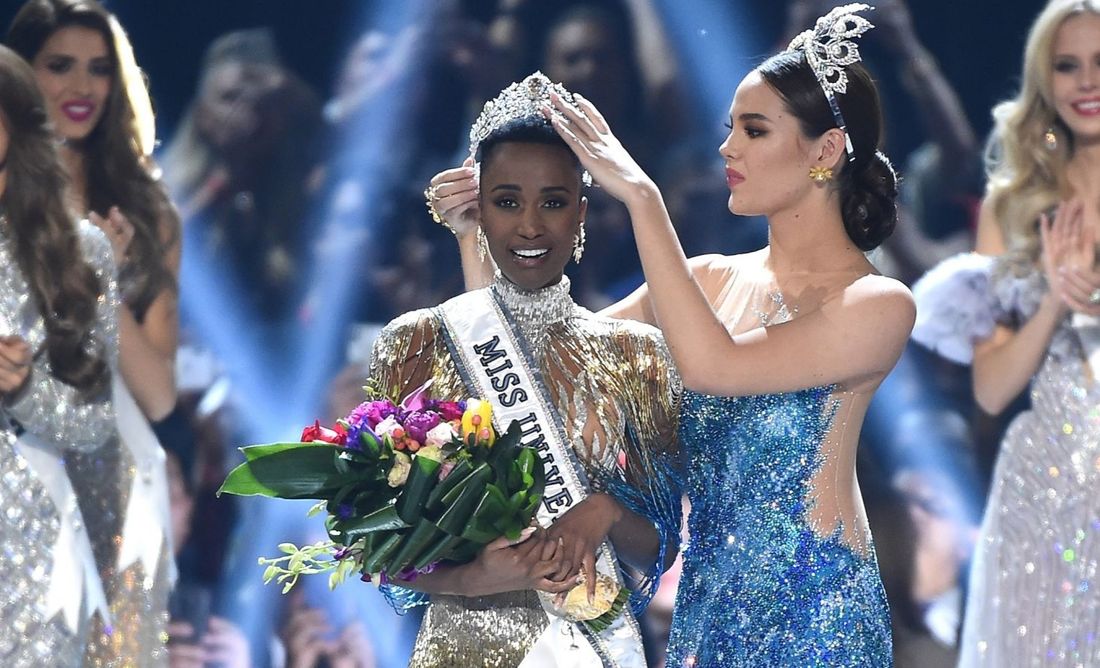 Zozibini was born in Tsolo in the Eastern Cape on 18th September 1993. Zozibini had her eyes set on becoming a major pageant queen, but her ambitions didn’t interfere with her education. She attended the Cape Peninsula University of Technology, where she graduated with a national diploma in public relations management.

Tunzi’s first crack at the Miss South Africa pageant came in 2017. She managed to make it to the top 12, but the crown went to Demi-Leigh Nel-Peters. Zozibini knew not to give up, and she tried again in 2019. Tunzi wowed the South African judges with her natural beauty, and her ability to speak about a variety of issues affecting South Africa.

It wasn’t much of a surprise when Tunzi won the Miss South Africa Crown. Tunzi told Channel24;

“The only difference between now and then is that then was not my time. Then [2017] was Demi-Leigh’s year. There was nothing wrong with me then; I was always the person that I am. It’s just that it wasn’t my time, so that’s the difference. Now, the world needs to hear my message. The world needed a Miss South Africa that is me, that looks like me.”

When Zozibini won the South African crown, she didn’t expect the trolling she received about her beauty and skin-tone. Tunzi was angry about it at first, but she gradually learnt to use the hate as inspiration.

Zozibini’s triumph in South Africa booked her a ticket to Atlanta, where she went on to wow the world. Tunzi was favorite for the win, but she was still lost for words when she was announced as the winner. Zozibini’s win went down in the record books because 2019 marks the first year that all four major US-based pageants were won by black women. 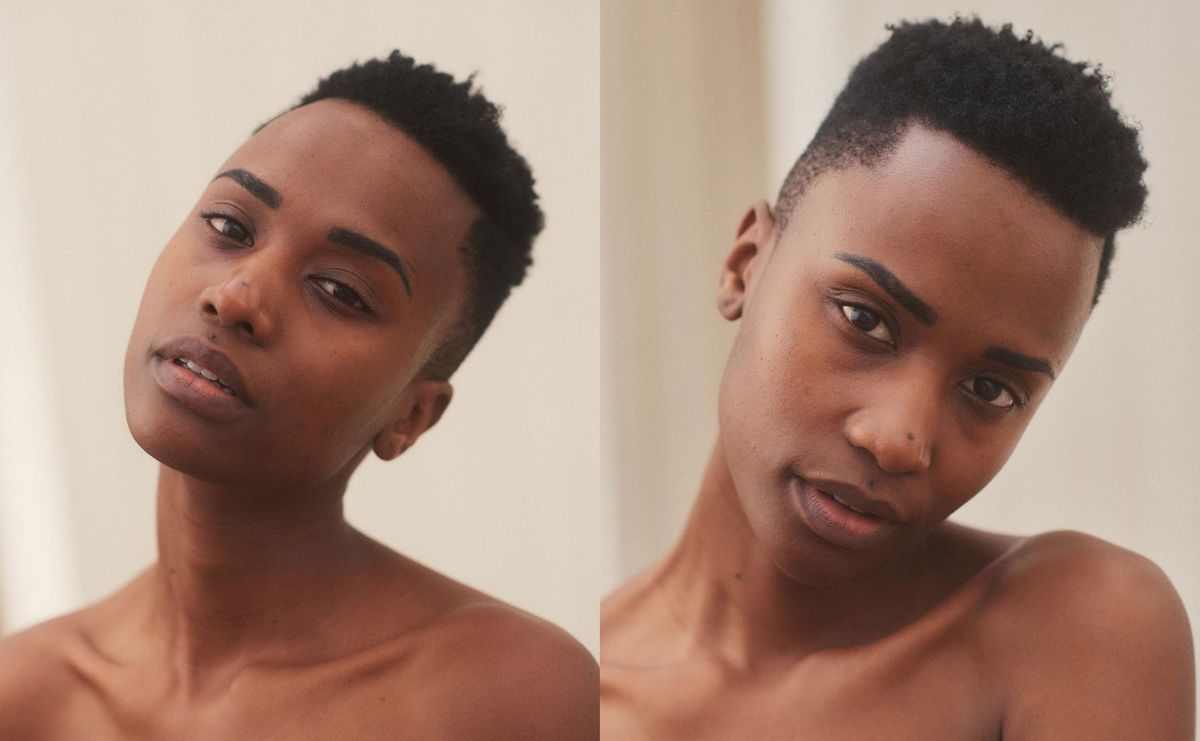 Zozibini is big on natural beauty, especially when it comes to her hair. Her first inspiration to stick with natural hair during pageants came a few years ago when she grew tired of spending too much time in the salon. Gradually, natural hair became a source of pride for her.

It became part of her identity, but she was still put on the spot about it during the Miss Universe competition. However, she decided not to change her hair just because she was stepping onto a bigger platform. Zozibini told CBS News;

“That’s what we’ve been used to and what we’ve been seeing beauty pageants to be. And for me, what I thought was, if I put on a weave, then it means I don’t believe in the beauty of, you know, my natural hair.”

Tunzi knew that competing with her natural hair would be different, and it would send a message of pride to black women. Zozibini became the first woman to become Miss Universe with afro-textured hair. She won the crown because she refused to be defined by conventional beauty standards. Tunzi proved to the world that she is a true Queen.

Tunzi is deeply appreciative of her background and upbringing

Tunzi’s parents played a huge role in developing the self-belief that forms such a big part of Tunzi’s character. Zozibini detailed her upbringing while speaking to CBS News;

“So they were very cautious in teaching myself and my sisters to believe in ourselves and to believe in our power and to not let people, you know, shut us down and change our opinions about the world.”

Zozibini’s win is a testament to how far South Africa has developed as a country since the dark apartheid days. Zozibini and her three sisters are the first generation in her family to grow up in post-apartheid South Africa. Her win feels more special for people like her grandmother, who grew up during apartheid rule. Tunzi told CBS News;

“For them to send me out as their representative. To say, we’re sending her out to Miss Universe to represent us, means so much for my country just because of our history and where we come from. My grandmother probably never thought she would see a day where, you know, a young black woman would be seen as a leader, which is incredible.”

Tunzi regularly shows her love for family through social media. After her Miss Universe win, Tunzi posted an Instagram photo of herself surrounded by her family. The caption read, “If ‘Coming to America’ was a Xhosa family from South Africa.”

She is aiming for a purposeful reign as Miss Universe 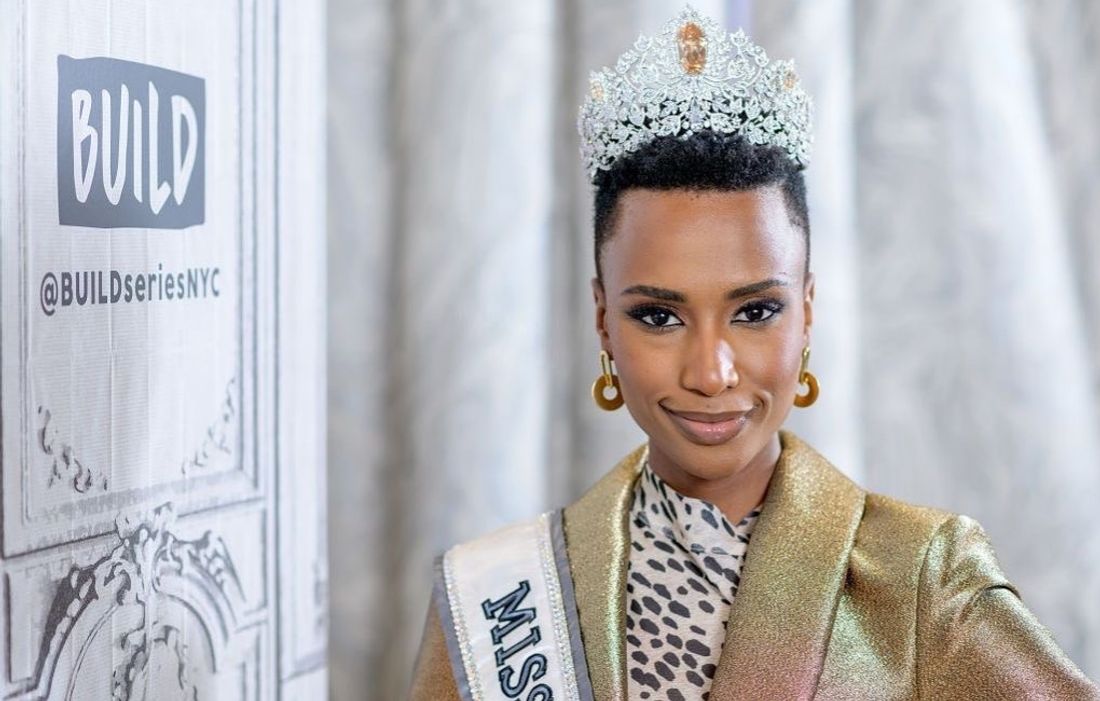 To think that Zozibini started modeling to boost her self-confidence only serves to make her win more spectacular. When you look at how she answered questions during the competition, you wouldn’t think that Zozibini ever suffered from a lack of self-confidence. According to Tunzi, it was easy for her to answer questions about climate change and diversity because they are topics that she feels strongly about.

She saw the Miss Universe stage as a platform to speak about such issues, and that is why she was so confident on stage. Tunzi also wanted to give confidence to young girls all around the world. She told People;

Tunzi wants to carry on spreading the message of inclusivity and change during her reign as Miss Universe. She has already started performing the duties of Miss Universe, and she believes that she will be successful if she remains true to herself. Tunzi stated while speaking to People;

She has frequently spoken out against gender-based violence 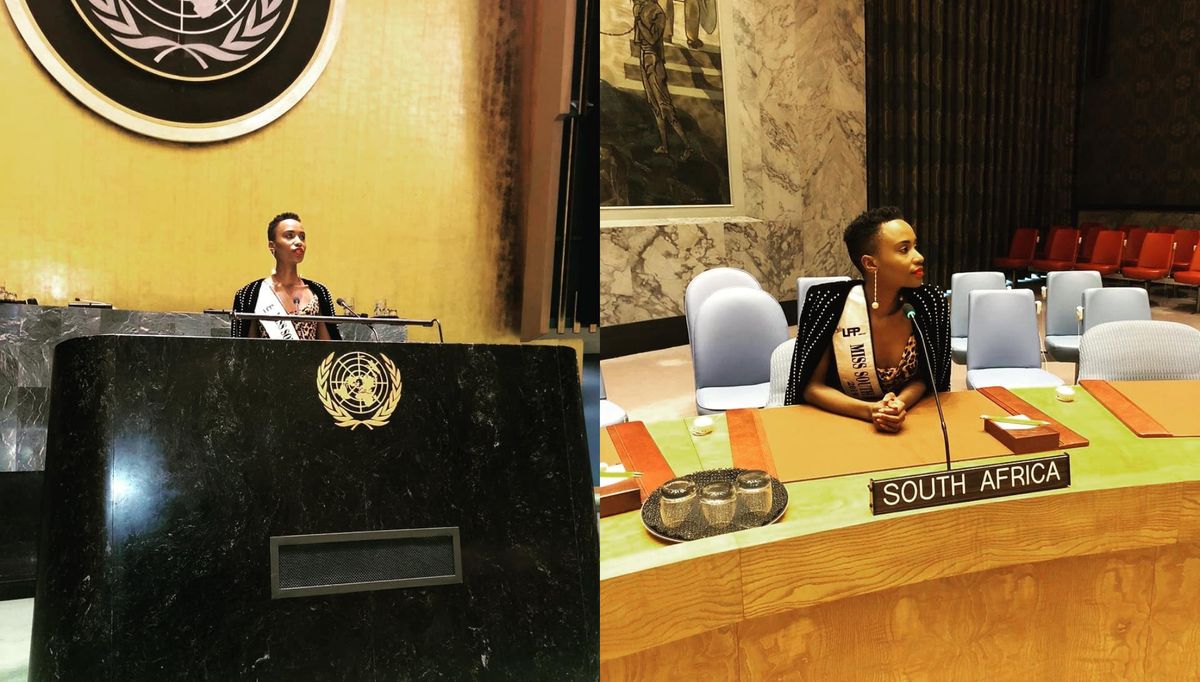 “I called on men to direct messages of support, you know, to South African women of love. And to just send light because a lot had been happening in our country. A lot of gender-based violence, a lot of femicides. And I was like, let’s just start, you know, creating a narrative where we’re more supportive and loving of each other.”

Tunzi creatively used the Miss Universe national costume contest to spread messages received from men. She had the messages printed out and placed on the ribbons of her skirt. 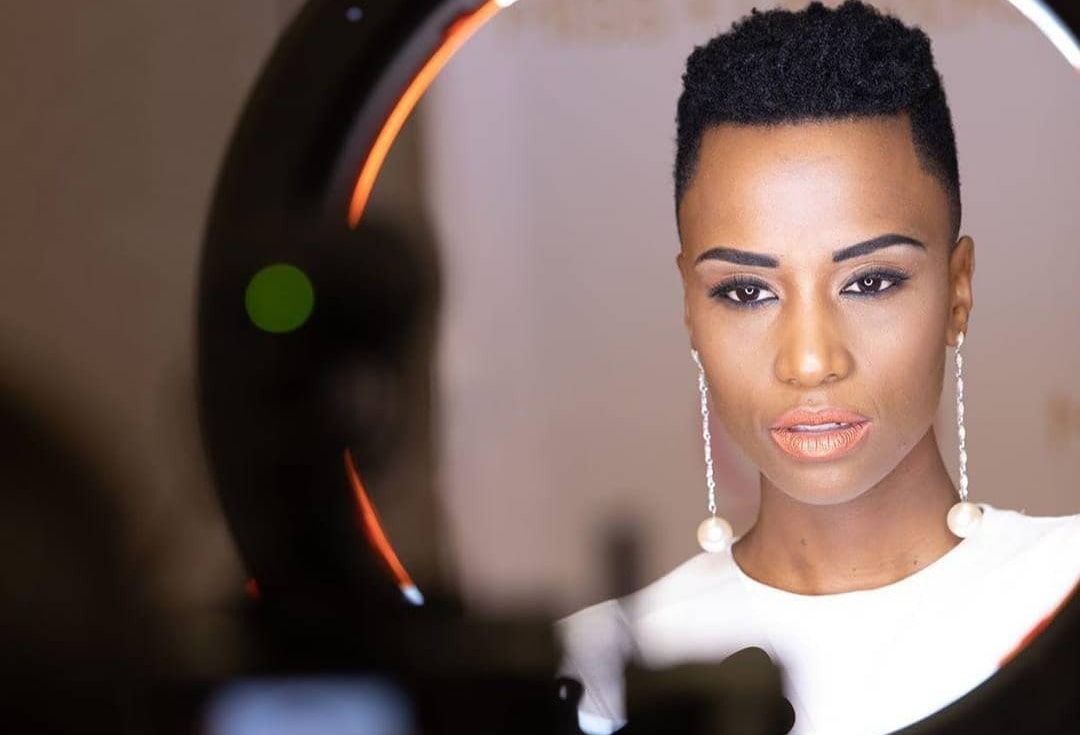 Zozibini has had to move from South Africa to New York City because of her Miss Universe win. In New York, she will be staying in an apartment with a great view of the city. She loves the apartment and the city, but she can’t wait to travel to warmer places. Tunzi told Trevor Noah;

“New York is so cold, oh my god! I just want to feel my toes one more time. I’m looking forward to travelling the world. I want to take my message across the globe. With this crown comes great responsibility and a big following… This is the beginning of building generational wealth for my family, too.”